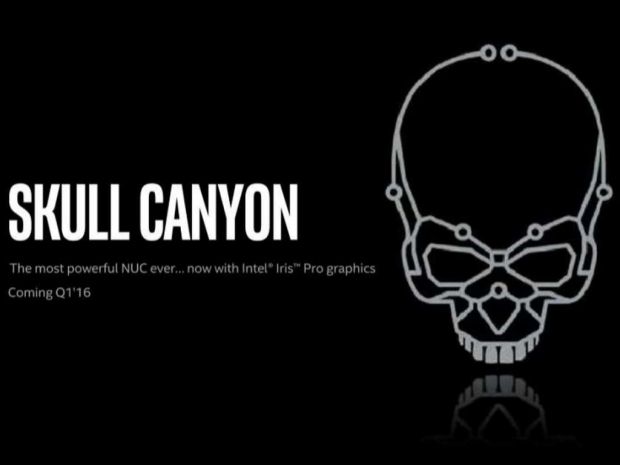 According to a published teaser, Intel is working on a new high-end NUC (next-unit of computing) system, codename Skull Canyon, which will be powered by an unknown Skylake CPU, featuring an Iris Pro iGPU.

While there are still no details regarding precise specifications of the aforementioned Skull Canyon NUC, according to a report from FanlessTech, the new NUC will be powered by Intel's 6th generation Core Skylake CPU with Gen9 Iris Pro 580 GPU (GT4e) which packs 72 EUs (Execution Units) and 128MB of eDRAM L4 cache.

While we had a chance to see Intel's Iris Graphics 540 and 550 chips in action, with 48 EUs and 64MB eDRAM cache, the Iris Pro 580 iGPU with 72 EUs and 128 eDRAM cache still has not appeared in any Skylake SKU so the upcoming Skull Canyon NUC might be the first to be powered by such a iGPU. Unfortunately, this also raises the question of a TDP and Intel's ability to squeeze such CPU with Iris Pro 580 iGPU inside a small enough NUC chassis.

According to the same report, the new Skull Canyon NUC should be launched sometime in the first quarter of 2016. 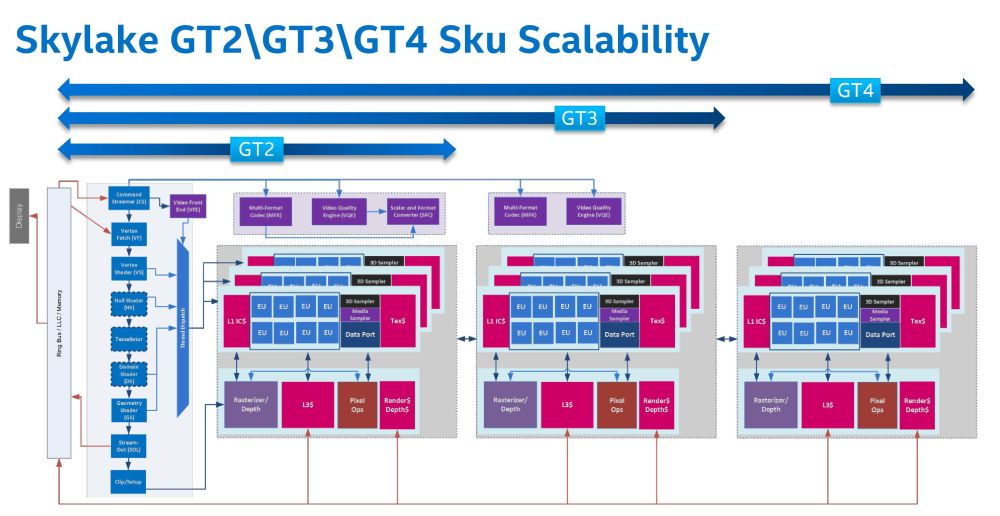