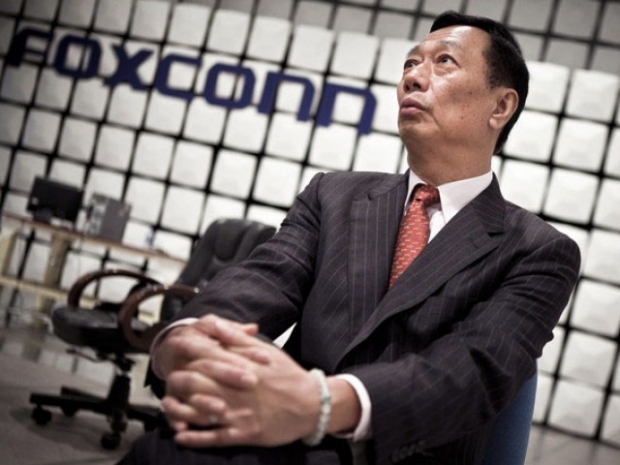 Gou has a secret plan

Foxconn founder Terry Gou might have made his fortune off the back of being Apple's pet but he apparently sees the danger of being too dependent on the fruity cargo cult.

Apparently Gou has a cunning plan to rewire the Taiwan firm that builds iPhones to cut dependence on Jobs' Mob but he is not saying what.

Apple's favourite news agency, Reuters is especially upset and cannot understand why Foxconn would want to think about seeing other companies.

However Reuters does admit that the writing is on the wall for iPhone shipments and many analysts expect sales to slump badly. Jobs' Mob's treatment of its suppliers when faced with such a scenario will not be good, as the Sapphire Glass fiasco showed so Gou wants to get ahead of the game.

However his flair for secrecy is starting to annoy the big foreign institutions. He told his annual meeting that he had a lot of the information they want but he insists on not making it public.

The sorts of people he is getting miffed will be the sovereign wealth funds from Norway, Singapore, Saudi Arabia and Abu Dhabi rank among Hon Hai's top 10 shareholders. Gou himself is the biggest single investor with a direct 12.5 percent stake, we guess he tells himself what he is going to do.