The first Bay Trail desktops are starting to show up and not a moment too soon - Cedar View Atoms are woefully outdated and most vendors have shifted to cheap Ivy Bridge Celerons in the interim.

However, new Bay Trail-D parts are more than an adequate replacement for Ivy Celerons and old Atoms. The new Asus Eee Box EB1037 does not pack a Celeron 1037U as the name suggests - it features a quad-core Celeron J1900 processor clocked at 2GHz and it is available with 2GB or 4GB of RAM, with or without an operating system. However, it also happens to be the first Bay Trail-D product with discrete graphics, courtesy of Nvidia. It ships with GeForce 820M graphics with 512MB of memory.

The rest of the spec sheet doesn't leave much to be desired. The new Eee Box has a standard 2.5-inch drive bay occupied by a 320GB hard drive, although we feel a hybrid drive or SSD would have been a much better, albeit pricier choice. It has HDMI and VGA outputs, two USB 3.0 ports along with two USB 2.0 ports, Gigabit Ethernet, card reader, 802.11a/b/g/n/ac wireless and Bluetooth. If you chose a SKU with a preinstalled OS, you'll get Windows 8.1 64-bit.

Best of all, it is a fanless system. The J1900 is a 10W part, but even so it can overlock a single core to 2.42GHz and the integrated HD Graphics GPU can hit 854MHz on Turbo, although the Nvidia mobile part will do all the heavy lifting. The whole package measures just 29x219x172mm.

According to early listings, prices start at about €270 for the 2GB version with no OS, while the 4GB model with Windows 8.1 will set you back €360+. This isn't very cheap for a tiny nettop, but then again it has an impressive CPU backed by discrete graphics, so packs quite a punch compared to an average nettop. 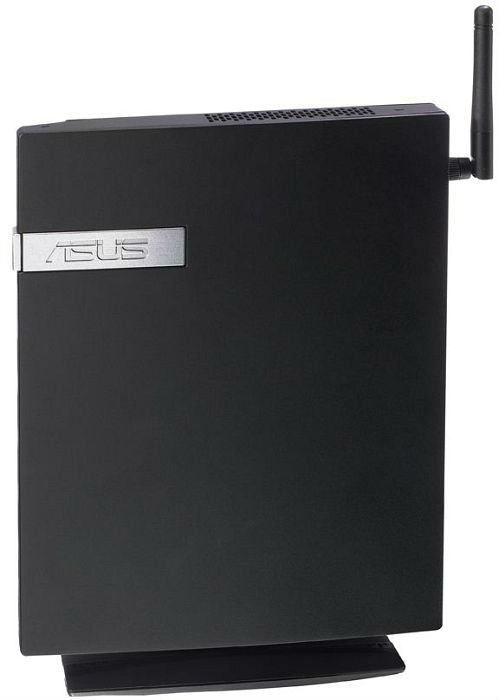