It is all about 4K gaming

Nvidia and AMD both apparently agree that 4K gaming is the new big thing and Nvidia has now announced the new Geforce GTX Battlebox program that should, in cooperation with multiple system builders, bring "a new breed of gaming machine" that would be able to deliver playable framerates at 4K resolution, high settings and with all Nvidia-exclusive features.

Teaming up with the likes of Maingear, Origin, Digital Storm, CyberPowerPC, Scan Computers and many others, a system with the aforementioned Geforce GTX Battlebox badge will pack an overclocked Intel Haswell Core i5/i7 CPU paired up with high-speed DDR3 RAM, latest high-speed SSDs, advanced cooling system to cope up with heat and of course, Geforce GTX 780 or GTX Titan GPUs in 2- or 3-way SLI configurations.

All of this will be running on 3840x2160 UHD monitors in order to bring impressive eye-candy and image quality. According to Nvidia, SLI will deliver a flawless experience thanks to exclusive frame metering technologies, unlike other multi-GPU configurations. When it comes to monitors, Nvidia only talks about Asus 31.5" PQ321Q but also noted that we can expect a host of new models in the near future.

The GTX Battlebox systems will also feature a new SLI Bridge with illuminated GTX Claw logo that should "perfectly match the GTX Titan, GTX 780 and GTX 770 graphics cards and exclusively be available with Battlebox systems.

It is quite clear that both AMD and Nvidia agree that 4K/UHD is definitely the future, unfortunately, Nvidia's approach to it will definitly be expensive. While AMD is pushing Mantle API in order pull the most performance and features out of the GPU, Nvidia teams up with system builders to build an ultimate and most likely quite expensive gaming systems, something that DIY users, which basically live for the day when they get to plug in their new piece of hardware that they assembled with care, will not appreciate.

In any case, GTX Battlebox systems will be arriving shortly so we will just have to wait and see how well it goes. 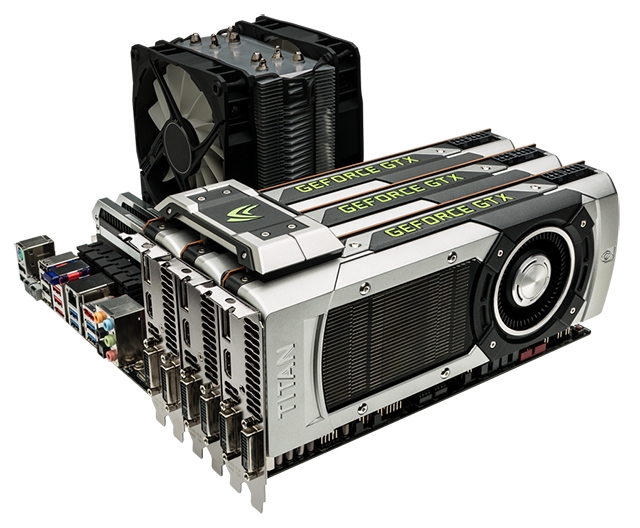 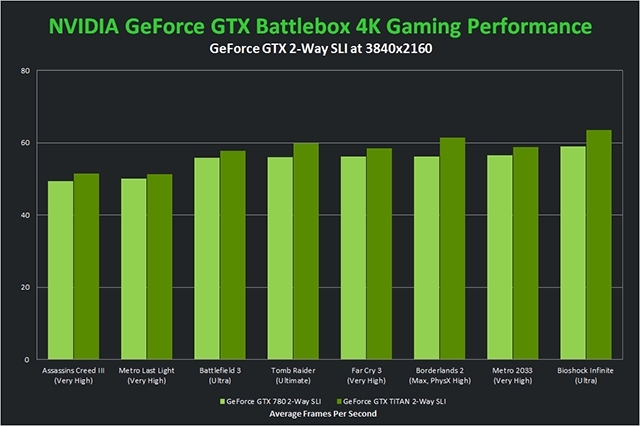