A new report from Kotaku has been making its rounds with gamers around the World Wide Web, sparking plenty of contentious debate and raising fury to a whole new level as it contains some important details concerning Sony's fourth-generation PlayStation console.

The report proclaims that Sony's PlayStation 4, codenamed "Orbis," will lack the ability to play physical PS3 Blu-ray discs and will lose backward compatibility with any and all pre-owned / used games in general. Yes, that is quite a statement to digest. According to Kotaku's reliable source "who is not authorized to talk publicly about next-generation hardware but has shared correct information with [Kotaku] before," the information matches most of what the site has heard and reported in recent weeks. 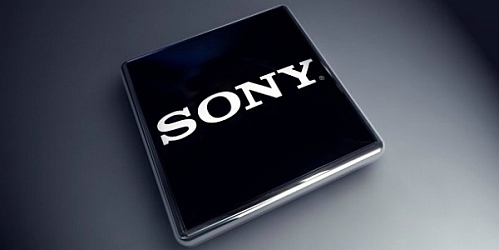 If the information is purported to be true, then it appears Sony's executive marketing players and highly diversified engineering teams have made a number of compromises on the fourth-generation "Orbis" console. Just as the PS3 lost native hardware ability to support PlayStation 2 games in successive iterations of the console (see: 60GB CECHAxx hardware emulation, 20GB CECHBxx hardware emulation, 80GB CECHExx partial software-based emulation), the PlayStation 4 will not be compatible with PlayStation 2 or PlayStation 3 physical DVD / Blu-ray discs.

Here at Fudzilla, we believe Sony can go physically screw itself it the alleged information is true. But of course, there is a technical measure the company can use to justify the compromises made with this upcoming console. Mainly, the report claims that "Orbis" games will support a maximum screen resolution of up to 4096 x 2160 - or 4K resolution - the emerging standard in digital cinematography and computer-generated imagery. But in order to manufacture Blu-ray discs that can support this monstrous resolution, they must in turn have monstrous storage capacities far beyond the traditional 50GB dual-layer specification. Hence, the company would need to adopt the Blu-ray XL (BDXL) specification, which supports 100 GB and 128 GB write-once discs and is not compatible with existing Blu-ray disc drives.

But even then, it doesn't make sense to not allow 50GB dual-layer PS3 games to be played on the newer console's BDXL-enabled drive. Perhaps Sony is attempting to avoid fragmentation within the Blu-ray standard and will eventually migrate all of its game developers to only support the BDXL standard, while the PS3 slowly adopts a "digital downloads-only" policy. While the future may uncertain at this point, it is no secret that gamers are incredibly frustrated and curious regarding the company's internal decisions surrounding backward compatibility with Orbis.

To make matters worse, the anonymous sources have stated that each particular next generation PS4-compatible Blu-ray disc will be tied to a particular PlayStation Network account. In other words, Sony wants each and every user to fend for himself. When a disc becomes obsolete, the "new system should allow for digital downloads," which implies that the new consoles should feature fairly dense hard drives with plenty of storage capacity.