To be delivered over-the-air

On Monday, Lenovo said that its Google Android 3.1 Honeycomb-sporting ThinkPad Tablet will get a much awaited Android 4.0 Ice Cream Sandwich update in the second quarter of 2012. 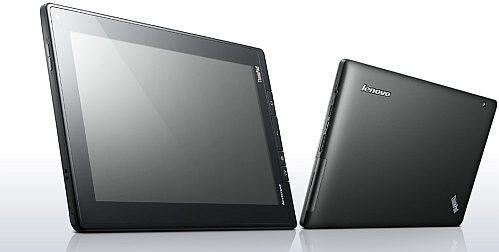 The company's ThinkPad Tablet has been on sale since August 2011 and has primarily been marketed as a business-oriented device. We're presuming that the $479 price tag may give it something of a "prestige value," considering that the first-generation Motorola Xoom now retails for $439 and has the same hardware specifications with the inclusion of Android 3.2 instead of Android 3.1 (of course, Motorola will eventually release an Android 4.0 Ice Cream Sandwich update for both first and second generations of the Xoom as well).

Lenovo has said in the past that Android OS software updates would be delivered over-the-air (OTA) to its ThinkPad and IdeaPad tablet, but had not provided details on exact dates.

Aside from its competition with the Motorola Xoom, analysts expect that the Lenovo ThinkPad's Android 4.0 update should give it an advantage over Cisco's enterprise-oriented Cius tablet, which runs Android 3.1 Honeycomb. Of course, there's also the ASUS Eee Pad Transformer which will be receiving its Android 4.0 Ice Cream Sandwich update in mid-February.