Samsung is having another crack at building a GPU.

This is not company's first attempt to make a GPU and this time it is meant to be used with its SoC and not in graphics cards. Samsung has announced last year that it wants to make its System on Chips based on in-house 64-bit architecture but we still have to wait and see one eventuate.

Samsung is trying to make a GPU for years and enter this already crowded GPU IP market. Qualcomm uses Adreno, Nvidia uses Geforce and wants to license it to others. Apple uses PowerVR while Mediatek uses ARM owed Mali graphics for newer processors while using PowerVR for some older parts. Intel is using PowerVR G6430 for its mobile processors such as Atom Z3580 Moorefield while AMD has its own graphics that it can use for future SoCs and APUs. Intel owns Intel HD graphics that dominates the integrated CPU market especially for notebooks.

Samsung currently uses Mali graphics but this might change. If its team is successful, it might come with its own graphics and jack them under the bonnet of its own Exynos processor by the next summer.

All the sudden Nvidia's lawsuit against Samsung makes more sense.

Samsung is trying to get into Nvidia space and the company doesn’t like it. Even if Samsung manages to make a successful GPU, the competition is hard. Even with years of trying Samsung is mostly using Exynos for its own tablets and some phones. Most Samsung high end phones use Qualcomm Snapdragons as these tend to have better LTE modems and are widely available.

According to the Korean ZDnet the company might talk about the GPU as early as February at the Solid Circuits Society (ISSCC) conference with the official announcement scheduled for summer 2015. 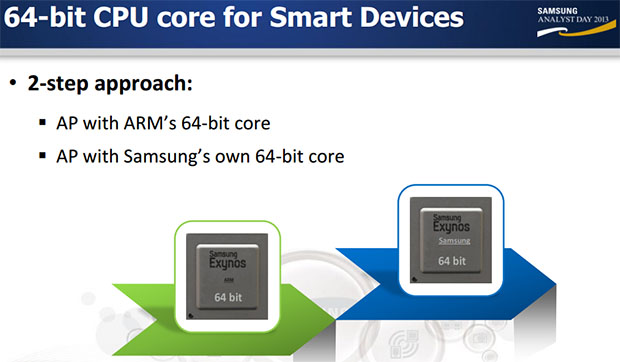