Are SSDs about to kill cheap desktop hard drives?

2015 could be a turning point for SSD makers and the storage industry in general. An increasing number of OEMs is turning to small SSDs for their mainstream and even low-end products. SSDs used to be a hard sell in these market segments due to their relatively high price. They still are, as mechanical drives offer a lot more storage per buck.

However, SSDs happen to feature an inherent tech advantage on their side. HDDs simply feature too many bits and pieces, a platter or two, dustproof housing, servos, heads and much more. This basically means that there is a limit to how cheap they can get. The same is true of SSDs, but to a lesser extent as most of the cost is tied up in flash memory rather than other components.

At the end of the day it is all about economics rather than technology.

Like we said SSDs are still a 'hard sell' in many market segments, but professionals tend to be more open minded, along with businesses. The average home PC still needs a lot of storage and most enthusiasts tend to choose 240-256GB units, although it’s easy to make the case for even smaller drives. Many home users are perfectly happy with just 128GB.

However, most corporate users do not need that much local storage. Thanks to the cloud craze, cheap NAS systems and speedy networks, the amount of storage needed in a typical business setting is going down rather than up. As a result we are starting to see more and more business rigs with tiny SSDs rather than entry level hard drives. 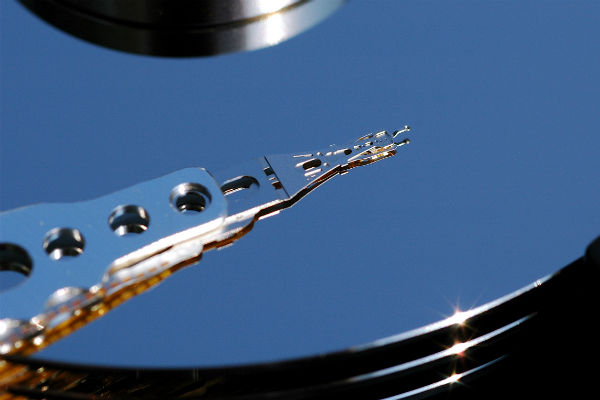 The cheapest HDDs to launch over the last year or so are 2.5-inch 5400rpm units. Capacity ranges from 320GB to 500GB, so even the smallest and cheapest drives feature more than enough real estate for most business users. OEMs usually get such drives for $25 to $35, but the exact figures are not available. On the other hand the cheapest SSDs cost about the same and they come in 16GB to 32GB capacities. They are much smaller, but they are quite a bit faster than their mechanical siblings.

IT departments are stuck between a rock and a hard place. Even the cheapest SSDs offer a significant performance boost over 5400rpm drives, but capacity remains a problem. In many settings 32GB is enough, but in some it simply isn’t. SSDs are more efficient, too, and depending on the daily workload even a cheap MLC drive can offer an MTBF of one million hours or more. Reliability should not be a problem, since most office boxes don’t simply don’t need to write tens of gigabytes every single day.

The abundance of cheap cloud storage helps, too. Cloud prices have tumbled over the last year and small businesses can now get a couple of terabytes of Google cloud storage for peanuts. Centralised storage is cheaper than ever and it allows the companies cut corners and issue desktops with less storage. Even a relatively cheap mid-range NAS is sufficient for many SMBs. A couple of years ago small businesses simply couldn’t pull it off, but now they can move to SSDs without making substantial infrastructure investments. What's more, in shifting to SSDs they are removing a huge bottleneck and boosting productivity.

But if small businesses can do it, why not home users?

They are getting there, slowly. Most users have come to realise that they don’t need a whole lot of storage, they are moving to the cloud and using external storage for personal stuff and content. It also depends on the cost. Once the cost of a 64GB or 128GB SSD catches up with entry level hard drives, it will be game over. It won’t happen this year, but a year or two down the road we could see cheap SSDs utterly destroy the entry level HDD space.

HDDs will maintain their price advantage, but in reality the unit price won’t go down much. Instead of getting 160GB or 320GB, you’ll just get 500GB or 1TB at the same price point. $10 hard drives simply aren't practical and they will never be. The extra space simply won’t be relevant for many users, they want more performance rather than more gigabytes. Hybrid drives can make a small difference, but ultimately they’ll just delay the demise of entry level hard drives.

Last modified on 06 May 2014
Rate this item
(0 votes)
Tagged under
More in this category: « Phase-change memory may viably replace NAND-flash Samsung opens $7bn fab in China »
back to top