Sapphire has added yet another R9 200 series graphics card to its Vapor-X lineup, the Sapphire R9 290X Vapor-X OC which will not only feature a custom VRM part and factory-overclock but come with Sapphire's own Vapor-X triple-fan cooler.

Based on AMD's Hawaii XT GPU with 2816 Stream Processors, the Sapphire R9 290X Vapor-X OC works at 1080MHz for the GPU while 4GB of GDDR5 memory with 512-bit memory interface ended up clocked at 5.64GHz effective.

In order to keep with the factory-overclock as well as offer better overall stability, the new R9 290X Vapor-X Overclocked Edition also got a new custom Aero10 VRM part with 10-phase design with high-power direct-FET technology and Sapphire's Black Diamon Chokes and solid electrolyte capacitors. It also features Sapphire's newest Vapor-X cooler with Tri-X structure which features five heatpipes and three 90mm fans. The core heatpipe is 10mm, two are 8mm and two 6mm which should ensure even heat distribution from the GPU block with vapor chamber technology to the massive heatsink which is then cooled by three 90mm fans with dust repelling ball bearings and aerofoil section blades.

The new Sapphire R9 290X Vapor-X OC also comes with Dual BIOS option, LED illuminated Sapphire logo on the side of the card which changes color from blue when cool to yellow and red as the card heats up.

According to Sapphire, the new R9 290X Vapor-X Overclocked Edition should be shipping now and will be available soon from the usual Sapphire retailers/e-tailers. Unfortunately, Sapphire did not reveal any details regarding the price of the new graphics card. 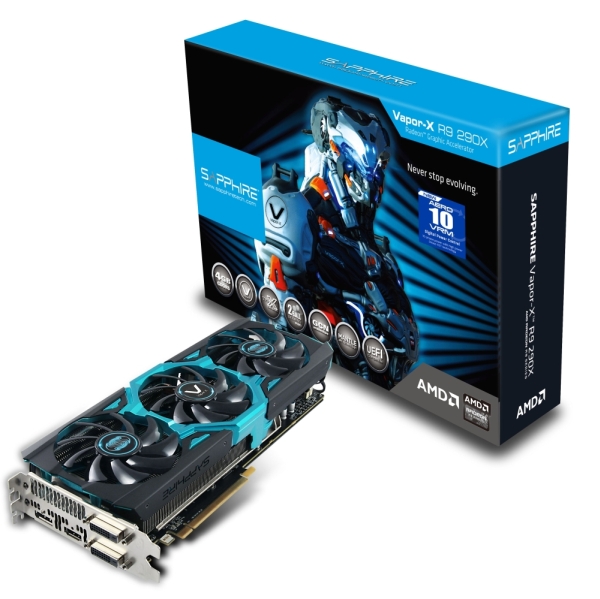 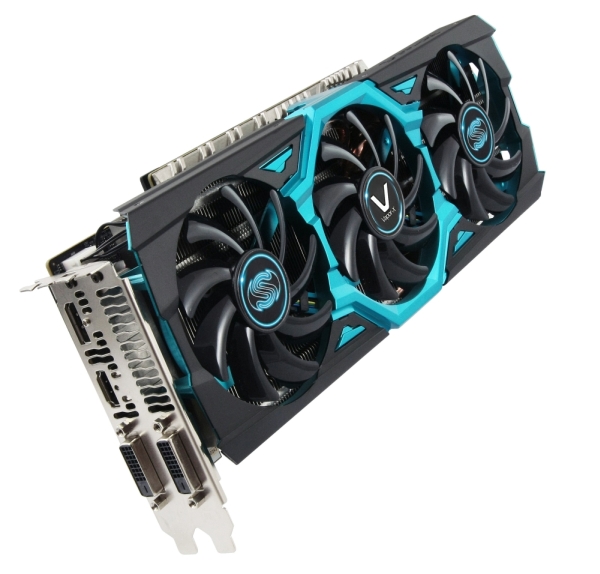