Worked with Microsoft on it for four years

Nvidia really likes DirectX 12 and its own Henry Moreton was happy to tell the world that Nvidia worked on DirectX 12 with Microsoft for four years, helping to shapre the new API and reduce the resource overhead. This is probably the reason why Nvidia didn’t develop a proprietary API of its own and waited for Microsoft to introduce a new API that will ship in 18 months, with games coming in late 2015.

Nvidia is proud that the new DirectX 12 enabled Forca 5 game was demonstrated on its hardware, a Geforce GTX Titan Black powered PC. The fact that the games used in the demo come from the AMD-based Xbox One make this victory a bit sweeter. Nvidia reminds us that PC gaming is a $25 billion dollar industry and we have to add that lack of development in PC gaming APIs and the fact that Microsoft started neglecting such as big market probably led AMD to introduce a solution of its own. 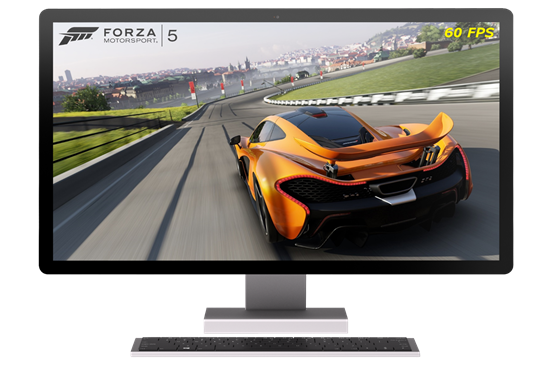 Some 15 game developers including Nvidia's favourite dev Epic (Educated guess not announced ed.) got DirectX 12 drivers and development kits so they can work on new titles. Nvidia says that DirectX 12 makes great strides toward reducing CPU overhead and claims that DirectX 12 will span PCs, Xbox One, tablets and even phones. Since Nvidia has a Kepler GPU inside the Tegra K1 that is eventually going to end up in tablets and phones, this is probably how DirectX 12 tech is getting to phones and tablets. Nvidia will license its mobile GPU IP, too.

Nvidia mentioned that Fermi, Kepler and Maxwell cards support DirectX 12 and that the new API will have much faster impact on the market than any other DirectX in the past, simply as the install base is already huge.

Nvidia claims that 70 percent of PC games are DirectX 11 based and with Nvidia's 50 percent of graphics market share in and 65 percent market share in discrete graphics, the DirectX 12 base will be quite big at launch. Please keep in mind that DirectX 12 is shipping in 18 months and by that time Maxwell 20nm should dominate Nvidia's lineup and make up much of the install base, making the DirectX 12 rollout even easier. The downside is that this happens with DirectX 12 titles 18 months from now, in time for the holiday season of 2015.

Henry Moreton claims that the historical approach where drives and OS software managed memory, state and synchronization on behalf of developers was resulting with inefficiencies result from the imperfect understanding of an application’s needs.

"DirectX 12 gives the application the ability to directly manage resources and state, and perform necessary synchronization. As a result, developers of advanced applications can efficiently control the GPU, taking advantage of their intimate knowledge of the game’s behaviour."

It all looks great, and we are sure that we will see this Forza demo at next week’s GPU technology conference in San Jose and will be able to get a bit more details about DirectX 12 and its future.

You can read more about DirectX 12 on Nvidia's blog.