For gamers and speed freaks

Intel has upped the ante in the high-end SSD space with its latest release, the SSD 730 series, complete with a skull on top.

The 730 is designed to take on high performance drives like Samsung’s 840 Evo and OCZ’s Vector, but according to CNET’s early review it does not exactly blow them out of the water. The 730 is faster than earlier Intel drives, thanks to a bit of overclocking – the controller is overclocked by 50 percent, while the NAND itself is 20 percent faster.

Although the drive doesn’t wipe the floor with the competition, it does have a few things going for it. It can handle 70GB of writes per day over five years, while most drives are happier with just 20GB. This makes it a lot more suitable for heavy users, by which we don’t mean fat blokes, but rather people who will use it for a lot of gaming – or some content creation. Messing around with video and music requires a lot of throughput.

The SSD 730 series will be available either in 240GB or 480GB capacities and this may be a bit of a problem, as there is no cheap 120GB option. Furthermore the 240GB drive is quite a bit slower than the 480GB unit. The 240GB drive hits an unimpressive 270MB/s, while the 480GB can write at 470MB/s. In other words for top notch performance you need to buy a huge and pricey 480GB unit. 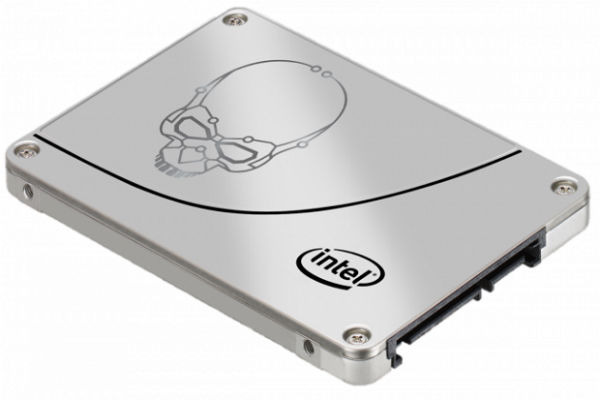