Jumping the gun ahead of the Mobile World Congress 2014 which kicks off in Barcelona on 24th of February, LG Netherlands has now officially unveiled the earlier rumored LG G2 mini smartphone which is designed around a 4.7-inch screen and powered by either a Snapdragon 400 or Nvidia Tegra 4i, depending on the version.

Both versions have a 1.2GHz clocked quad-core CPU, albeit slightly different, 1GB of RAM and apparently LG will also have a dual-SIM and non-LTE versions as well. The entire smartphone is designed around a 4.7-inch qHD 960x540 resolution screen and will run on Android 4.4 Kitkat with LG's own Optimus UI on top of it.

As you can see from the picture below, LG took some features from the bigger LG G2, including the back position buttons placed below an 8-megapixel rear camera. It will have 8GB of internal storage expendable via microSD card slot and a 2,440mAh battery.

According to reports, LG G2 mini should start to roll out in March in Russia while rest of the regions should get in April. It will be available in black, white red and gold color choices. 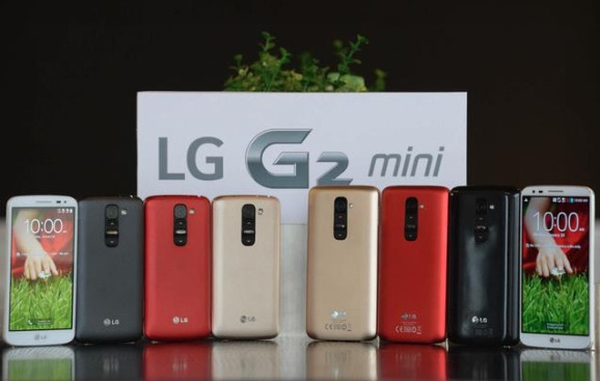 Last modified on 20 February 2014
Rate this item
(0 votes)
Tagged under
More in this category: « First proper photo of All New HTC One leaks Samsung releases Android 4.4 Kitkat update list »
back to top