We stumbled upon a rather interesting listing of the upcoming Powercolor R9 270 SCS3 graphics card. In case you missed some of the earlier Powercolor SCS3 series graphics cards, you should know that this is a completely passively cooled series, aimed to produce 0dBA of noise, which is quite important for some users.

Thanks to Overclockers.co.uk, we managed to snag a picture o still lack the picture of the new Powercolor R9 270 SCS3 graphics card, including its massive heatsink with, what appears to be, six heatpipes. Both Alternate.de and Overclockers.co.uk were kind enough to list the specs, showing that it will be clocked at 920MHz for the GPU, pack 2GB of GDDR5 memory clocked at reference 5600MHz and paired up with a 256-bit memory interface.

The Powercolor SCS3 passive coolers did quite a decent job in keeping the GPU well cooled in a well ventilated PC case and we are sure it will be the same case with the upcoming R9 270 SCS3.

We will surely keep an eye out for this one as it is currently listed at Alternate.de for €179,90, while Overclockers.co.uk already have it in stock for £149.99 inc VAT. 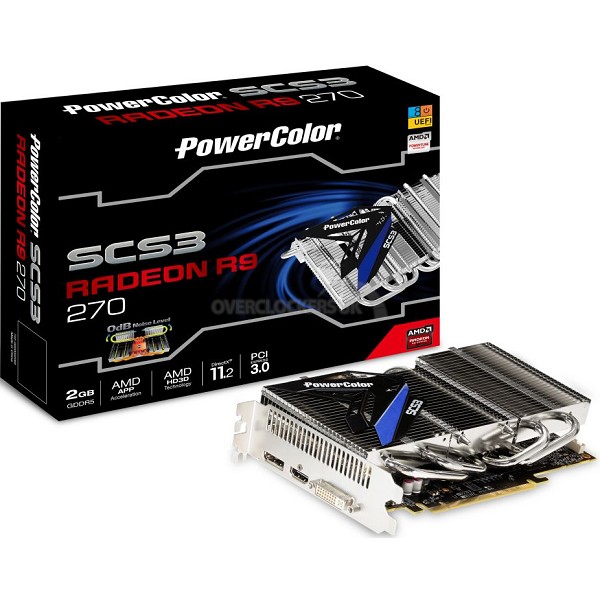 Last modified on 04 February 2014
Rate this item
(0 votes)
Tagged under
More in this category: « Nvidia Maxwell to be very power efficient Nvidia gets even more open saucy »
back to top