We already had a peek at Powercolor's LCS R9 290X earlier last week and now Powercolor has officially announced and launched its new LCS graphics card, a custom R9 290X paired up with a full-cover block from EK Water Blocks.

Based on a custom design PCB with Powercolor's "Gold Power Kit" and cooled by a premium and proven full-cover water block from EK Water Blocks, the new Powercolor LCS R9 290X features a slight factory-overclock and plenty of overclocking potential depending, of course, on the water cooling setup it is used with. The Powercolor LCS R9 290X works at 1060MHz GPU clock, which is 60MHz higher than reference one while the 4GB of GDDR5 memory paired up with a 512-bit memory interface ended up overclocked to 1350MHz (5.4GHz effective), or 100MHz higher than the reference graphics card from AMD.

As noted, Powercolor equipped the LCS R9 290X with its own Gold Power Kit design which will, despite a modest factory-overclock, ensure a decent overclocking potential and stability as well as stable power efficiency under load.

The EK Water Blocks full-cover water block, which was announced just a few weeks after the official launch of the AMD R9 290X, is made of nickel plated copper and, according to Powercolor, should keep the LCS R9 290X below 60 degrees Celsius, even under full load. The block features both the high-flow 3/8" as well as 1/2" fittings (barbs).

Unfortunately, Powercolor did not announce the actual availability date or the price but we will surely keep an eye on some European retailers/e-tailers for it. 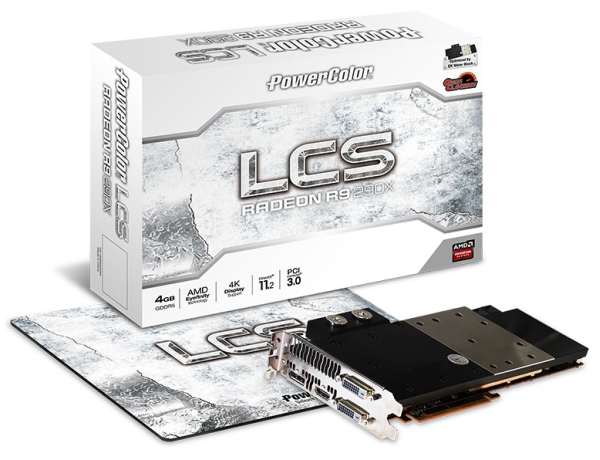 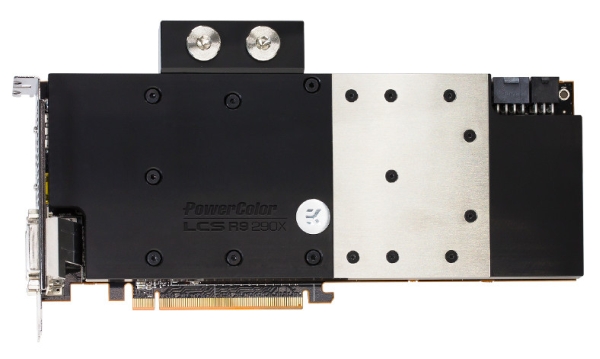 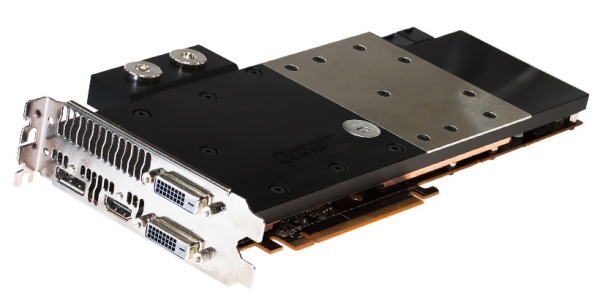