Last week we came across the first listings for the Asus MeMO Pad 8, which is a pretty attractive 8-incher with a questionable €249 price tag.

Now its bigger brother is also starting to show up in EU listings, but it won’t be available for at least the next few weeks. The MeMO Pad 10 appears to be just a bigger version of the 8-inch model, with identical internals. The only difference is that it boasts a 10-inch 1280x800 screen.

The quad-core Asus RK101 (or Rockchip) processor clocked at 1.6GHz is running the show and the tablet has 1GB of memory and 16GB of storage. It will come in three colours, white, pink and gray. The simple, understated design looks pretty good.

It costs as much as the 8-incher - €249, so it’s not very cheap, but we can hardly call it overpriced. It doesn't cost much more than similar white-box tablets, yet Asus has a pretty good reputation when it comes to Android tablets, so it can charge a bit more than nameless vendors. 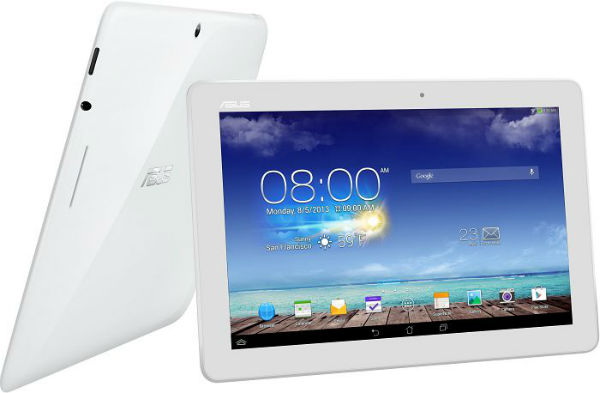 Rate this item
(0 votes)
Tagged under
More in this category: « Delta snubs Apple Acer C720 Chromebook might have optional touchscreen »
back to top