Titanfall runs on Geforce at Gamescom

Despite being sponsored by AMD

One of our spies has managed to take a picture of Titanfall PC running Geforce despite the fact that it has been sponsored by AMD.

This might be one of the highest anticipated games of this year and The Verge calls it the best thing at Gamescom 2013, here.

The graphics look stunning and at this point it appears that it runs a bit better on Geforce and still need some tweaking to make it run better on AMD GPUs. This is understandable, as new Radeons just around the corner, while Nvidia cards used in the demo have been around for a while. 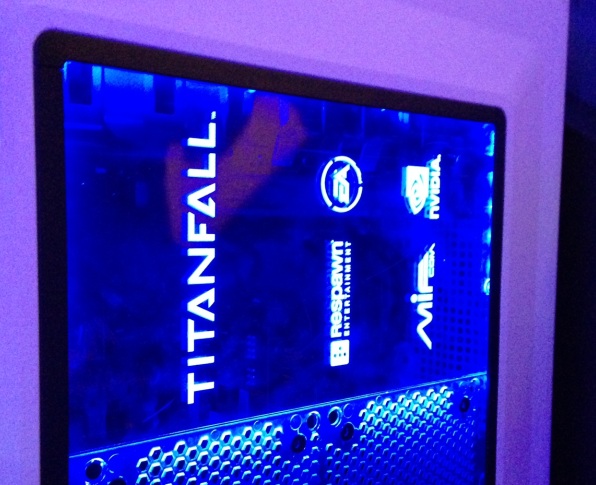 Last modified on 21 August 2013
Rate this item
(0 votes)
More in this category: « Xbox One to get pack-in title? Gran Turismo 6 release date confirmed »
back to top