You might have noticed that we skipped the February 18 launch rumor for the GTX Titan that has been floating around the net, We were told that such a hard-launch date is simply impossible. Of course, the 18th of February did bring something new,  what appears to be an official set of Nvidia slides for the GTX Titan launch.

According to the leaked slides, the GTX Titan is exactly what has been rumored for a while, an impressive beast based on Nvidia's GK110 GPU. It features 14 SMX clusters for a total of 2688 CUDA cores and works at 837MHz base and 876 boost clock. It is capable of providing 4.5 Teraflops of single and 1.3 Teraflops of double precision compute performance and features 6GB of GDDR5 memory clocked at 6000MHz and paired up with a 384-bit memory interface.

The TDP is set at 250W and it needs one 6-pin and one 8-pin PCI-Express power connectors. The cooler appears to be quite similar to the blower-style cooler seen on the GTX 690, with a vapor chamber based heatsink, with an extended fin stack and advanced fan control. It features two DVI, HDMI and one DisplayPort outputs and has quad-SLI support.

According to Nvidia slides, the GTX Titan scales pretty well in SLI and brings much better performance with lower acoustics when compared to the GTX 680. Egypthardware site posted a benchmark slide that compares the Titan with the GTX 680 and the Radeon HD 7970 GHz Edition.

The official launch should be tomorrow, while availability is expected sometime next week, at least by some partners. The price is rumored to be $999, but we will know for sure tomorrow. 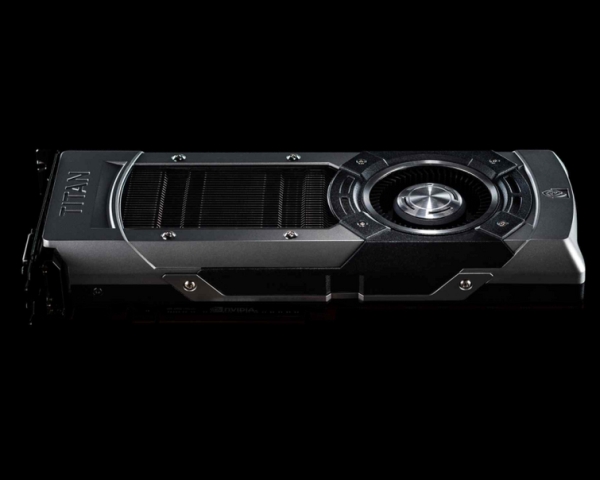 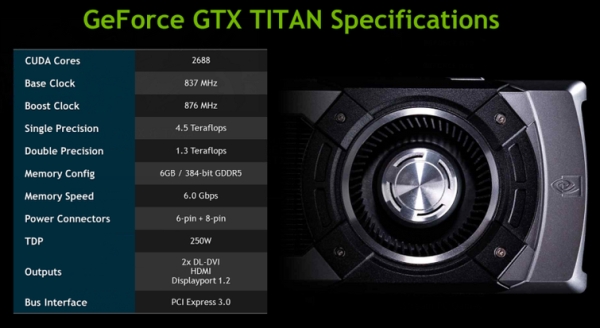 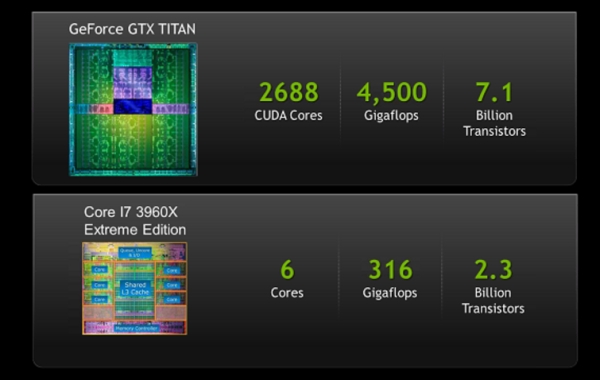 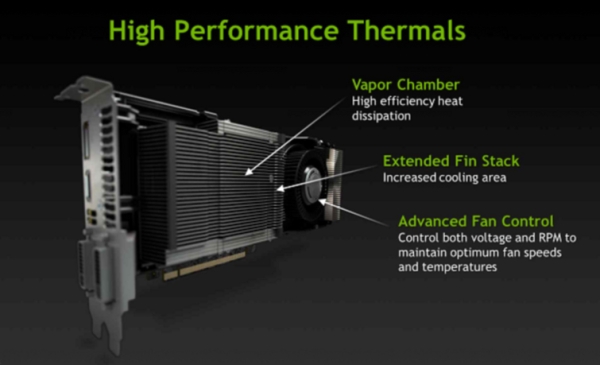 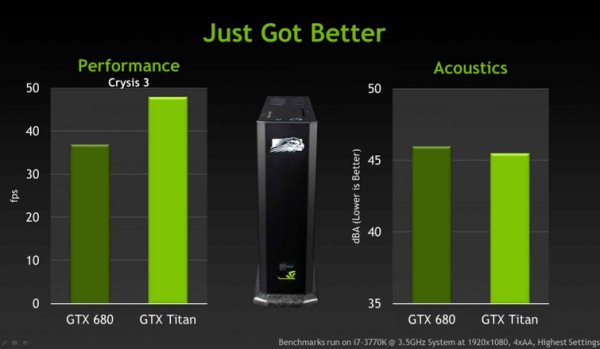 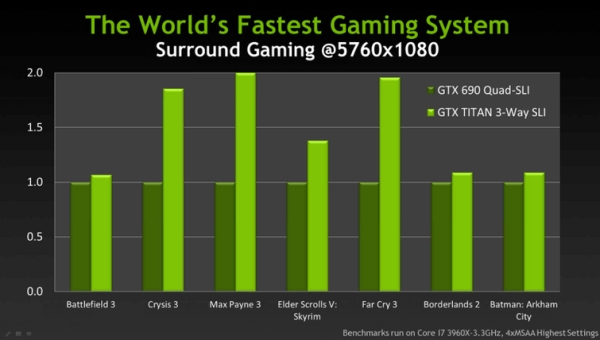 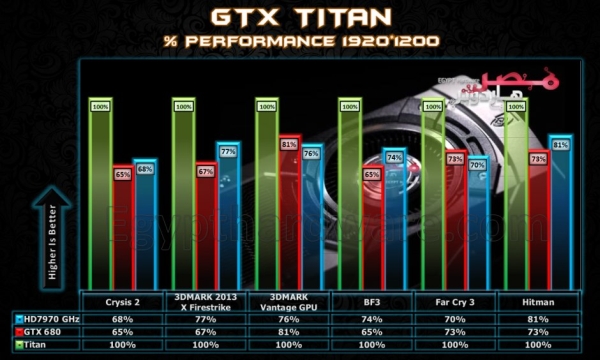