Nvidia just showed the external LTE part of Tegra 4 and it calls it the i500 Soft Modem. This is the new LTE 4G programmable chip that is roughly 40 percent smaller than conventional LTE chips. It has 8 processors that can calculate 1.2 trillion operations per second and apparently, or according to Nvidia, does a pretty good job for a 4G modem.

It is sampling now and it should be capable of supporting multiple bands due to its programmability. 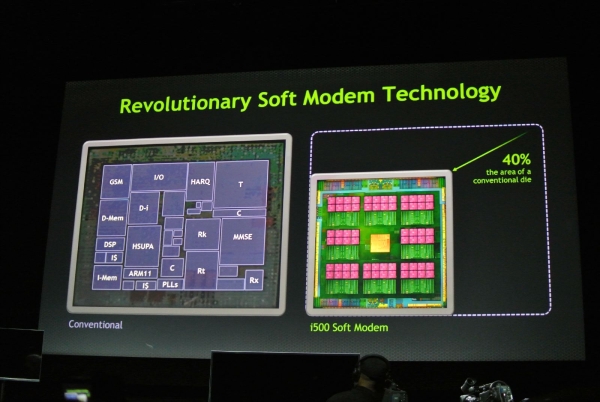 Last modified on 07 January 2013
Rate this item
(0 votes)
Tagged under
More in this category: « Tegra 4 is out, 4G LTE onboard Nvidia announces its own portable gaming console »
back to top