The fan is not very loud and working next to a GTX 660 Ti superclocked 2GB is quite comfortable, even when the card is under full load. For our overclocking, we sped up the fan to 80%. We used PrecisionX tool, which of course supports the GTX 660 Ti. To mark the launch, EVGA even made the new skin, picture below. 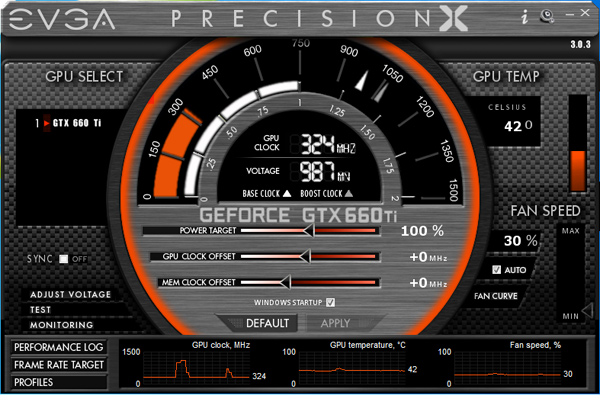 We managed to get GPU clocks similar to those on GTX 670 cards. The GPU ran stable at Base clock of 1050MHz (Boost clock). The memory handled GPU overclockingn well. We overclocked the memory by 200MHz (effectively 800MHz). It appears as if the memory could take more, but we didn’t have more time for overclocking. 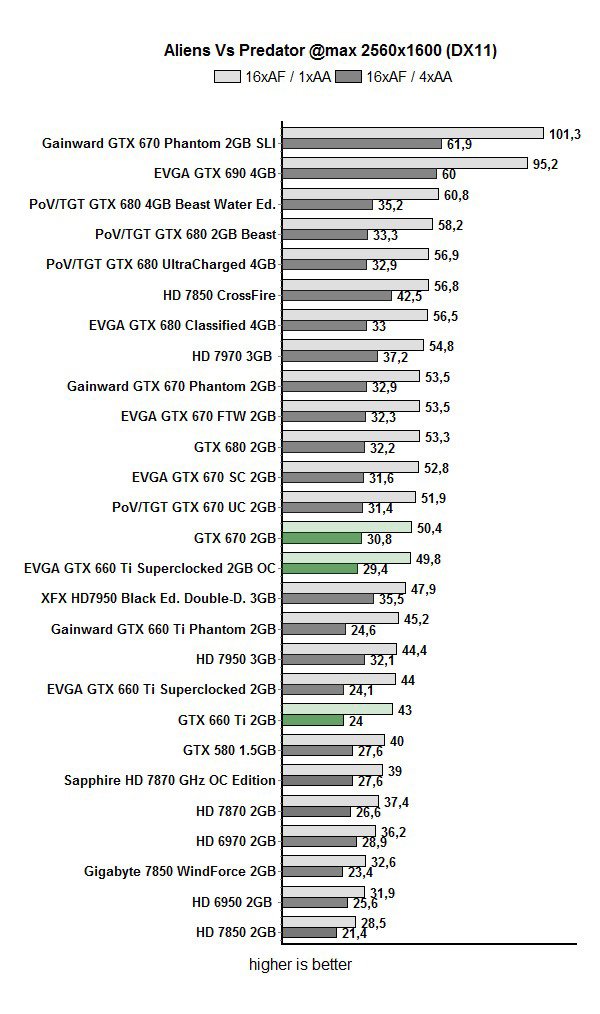 It’s important to note that we could’ve scored the same results with AUTO fan mode, but the fan wouldn’t go much higher, which would result in lower Boost clocks. In order to squeeze out more performance, we sped up the fans manually.

The cooler was never loud while in AUTO mode and never exceeded 61 percent. Once the fan is sped up to 80 percent, you’ll definitely hear it, but it still won’t be too loud.

The following two GPUz shots show temperatures when the fan is in AUTO mode and when maxed out.

Consumption is good and our overclock cost only about 10W. 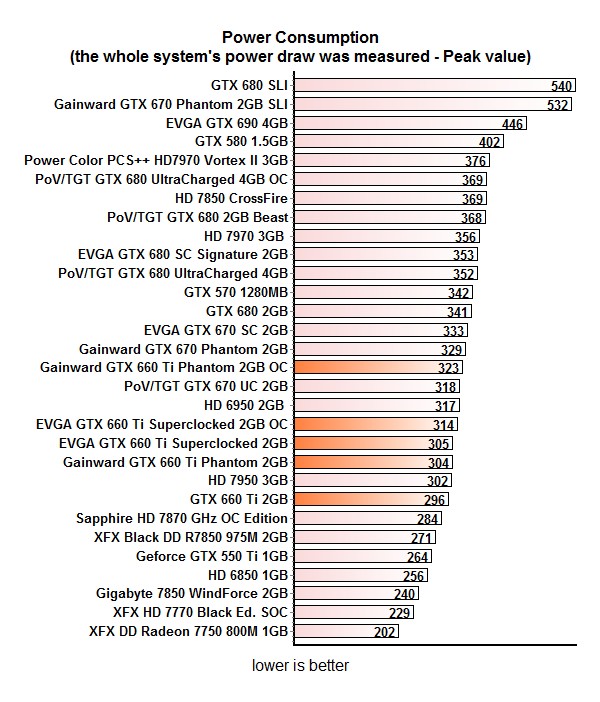