Don’t you forget about me


The iconic Commodore 64 has just turned 30. The chubby C64 launched in August 1982, with a price tag of $595, which translates to more than $1,400 adjusted for inflation. However, the C64 was still the best deal on the market and Commodore went on to sell 17 million units. 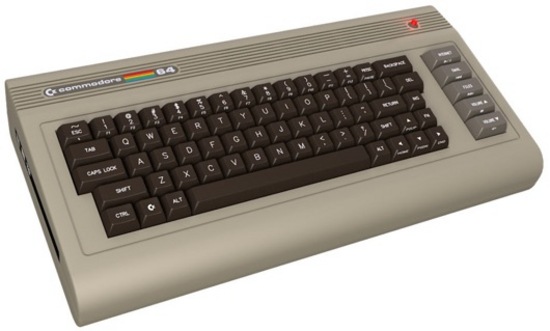 It might not sound like much in this day and age, when Apple sells 17 million iPads in a single quarter, but back in the day home computing was in its infancy and the C64 was the equivalent of a PC, an iMac and a PlayStation all rolled into one.

In terms of hardware, the C64 featured a 1MHz 8-bit processor and a graphics subsystem capable 320x200 in 16 colours. It had 64kB of memory, which was plenty for 1982 and Commodore’s BASIC.

The C64 relied on tape storage and 5.25-inch floppies for storage and along with a couple of ZX Spectrums and Ataris practically created the shadowy world of software piracy, as all you needed to copy a shedload of games was a Technics tape deck and two TDK tapes. Not that we ever did, honest.

Commodore discontinued the 64 in 1994, after 12 years in production, with only minimal upgrades and redesigns. Although the company continued to do well in the eighties and early nineties, thanks to the Amiga, eventually the competition caught up and buried it.

Last modified on 01 August 2012
Rate this item
(0 votes)
More in this category: « Oracle Tuxedo 12c hits the shops Samsung and Judge at odds in Apple case »
back to top