The GK107 based part


We already wrote about the mess that Nvidia made with its rebranded GT 630, GT 620 and Geforce 610 lineup here, and now finally we get to write about a totaly new part based on a new GPU, rather than a old rebranded one, the GK107 based GT 640.

Meant to be a part of lower mid-range Nvidia Geforce offer (previously rebranded GT 630/620/Geforce 210 as entry-level), the GT 640 is basically the same as the previously introduced (and also GK107 based) Geforce 640M mobile graphics card. It still features the same 28nm GK107 Kepler GPU with 384 CUDA cores orginized in 2 SMX clusters that share a single Raster Engine inside a single GPC. That single GPC unit shares a total of 16 ROPs/32 texture units, 256KB of L2 cache and two 64-bit memory controllers, adding up to 128-bit memory interface.

The GK107 GPU itself is based on TSMC's 28nm manufacturing process, has 1.3 billion transistors inside a 118mm2 die.

Although it is pretty much the same thing as the Geforce GT 640M, it has much higher GPU and memory clocks. The GPU eneded up clocked 900MHz. The only surprise is the memory. Although connected to the 128-bit memory interface, Nvidia decided that its reference design will feature up to 2GB of DDR3 memory, rather than GDDR5. The almost 1.8GHz clock and 128-bit memory interface add up to a total of 28.5GB/s of memory bandwidth which is pretty low even for a lower mid-range graphics card.

The TDP is set at 65W, just a shy away from 75W which PCI-Express slot has to offer and might be the sole reason why Nvidia decided to go for the DDR3 rather than GDDR5 memory, although we suspect that some AIB partners will certainly come up with a way to go for better and faster memory.

Nvidia reference design has one last unpleasant surprise and that is a full height PCB, rather than a low-profile one. The lower mid-range has been always considered as a HTPC heaven since they offer decent performance and can be squeezed on the low-profile PCB. Fortunatelly, Nvidia AIB partners have been given a green light for custom designs and it is just a matter of time before we see a low-profile version.

In any case, the GT 640 is in for some rough seas and we would not be surprised if AMD gently adjusts the pricing on its Cape Verde GPU lineup. 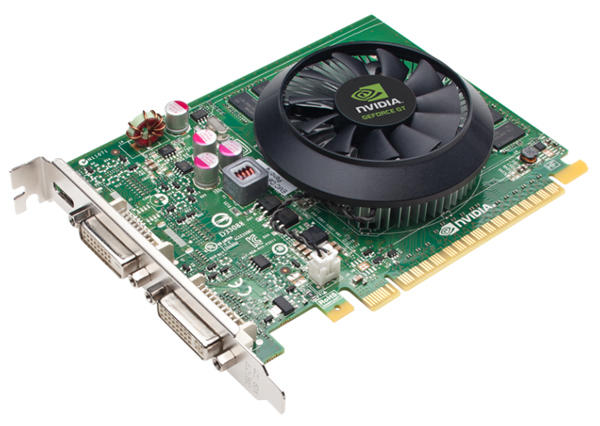