Unlike Samsung, LG has yet to gain a toehold in the tablet market, but it’s first effort was not half bad.

The Optimus Pad launched last year and it seemed to tick the right boxes. The spec is in line with what we’ve come to expect from Android tablets, anno 2011: Tegra 2, 1GB of RAM, 8.9-inch 1280x768 IPS display and a rather generous 32GB of storage.

However, it was incredibly overpriced and this did not go down well with consumers, although it got relatively positive reviews. At one point it was even selling for €800+. However, LG is now ready to take a haircut. Some retailers are listing the Optimus Pad for €287, but it is still not available at the new price. However, unlike most cheap tablets, the mid-range SKU features 3G connectivity and a proper GPS sensor, perfect for people on the go.

In fact, it is now the cheapest 3G-enabled Android tablet in Europe and although it is an ageing design, this makes it our deal of day. 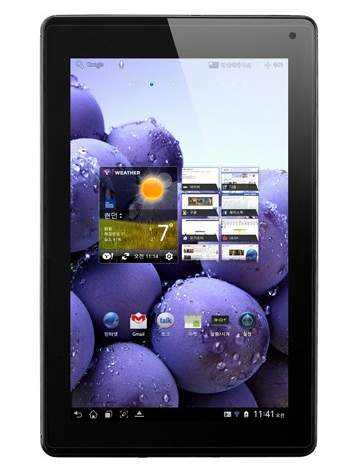 Last modified on 28 May 2012
Rate this item
(0 votes)
More in this category: « MeeGo and Chrome now an option for Netbooks Cisco walks away from tablets »
back to top