Looks great but with few kinks to sort out


When it first showed up at Cebit we were quite eager to see OCZ and Indilinx first high-end SSD, and with Everest 2 controller, it certainly looked like OCZ is on the right path. The wait is finally over and by the looks of it, OCZ's fourth-generation of Vertex drives will shake things up a bit.

Sandforce was a big player on the market with its controllers and Intel wasn't going anywhere. We kind of hoped that OCZ could score big with this one as competition will certainly be good for consumers and price per GB of SSD storage will definitely go down.

The current flagship 512GB Vertex 4 model has max sequential read and write transfer speeds of up to 535MB/s and 475MB/s while IOPS is the same as on other two models.

According to some of the first online reviews it looks like OCZ's Vertex 4 has a bright future indeed. The performance is certainly there and no other currently available drive can touch it. There are few kinks that OCZ has already promised to fix with a firmware update, and we honestly hope they will.

The price was certainly a piece of information that has surprised us the most. We were expecting insane pricing as this is, after all, high-performance SSD, but apparently, pricing is pretty much in line with Intel's 520 SSD. The 128GB Vertex 4 will launch with US $179 MSRP, while 256GB and 512GB one should hit retail/e-tail with US $349 and US $699 price tags. We were told that we are looking at a hard launch here and drives should be available pretty soon.

The price is still over $1 per GB but then again we are still talking about high-end SSD with impressive performance. 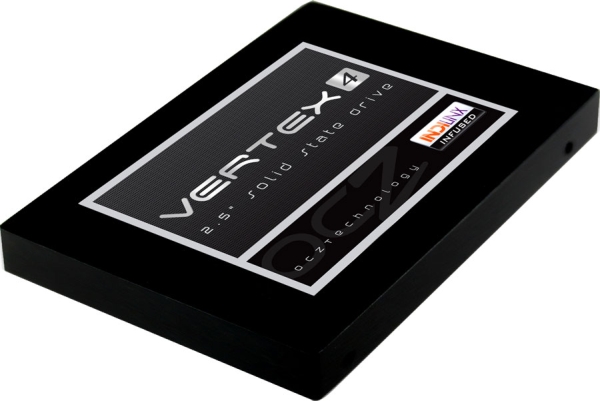 Last modified on 04 April 2012
Rate this item
(0 votes)
Tagged under
More in this category: « OCZ's Vertex 4 launches within the hour Kingston releases HyperX 3K SSD series »
back to top