SanDisk foresees 2012 as the "inflection point" for SSD sales

The opposite of Western Digital's view

Recently, we wrote that Western Digital has taken the position that the ultrabook form factor "will not will not boost the popularity or sales of Solid State Disks (SSDs)," regardless of hard disk supply shortages that are expected to continue for the next three quarters of the year. In an interesting spin on perspective, SanDisk has taken the view that the year 2012 will be known as an "inflection point" for SSD sales, not necessarily confined to ultrabooks but applied more broadly to the entire consumer PC market.

"We expect 2012 to mark the inflection point of SSD growth for SanDisk, with both the enterprise in client markets becoming strong contributors to our revenue growth in 2012 and beyond," said Sanjay Mehrota, chief executive officer and president of SanDisk, during the latest conference call with financial analysts. 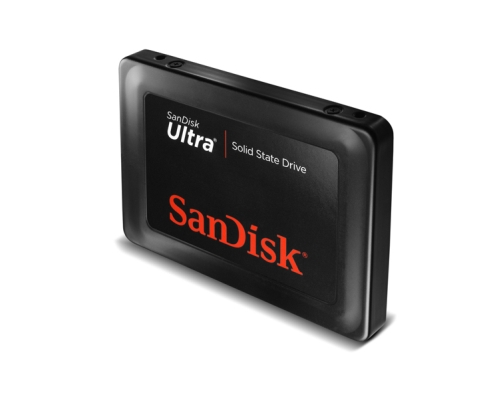 The flash media and storage company believes that solid state disks will greatly rise in sales this year as a a result of lowering prices, better user experiences and overall maturity of NAND flash technology. Traditional hard drive manufacturers have been known to blame low SSD adoption on high price points and have claimed that demand from general consumers is exceedingly low. On the other side, SSD manufacturers have been known to report "growing demand for SSDs across the board" and have seen increasingly higher margins over the past five years since SSD technology became a consumer product.

"For the client SSD markets, the combination of the increasingly attractive price point and the significantly improved user experience is fueling consumers' transition to SSDs from hard disk drives. We have been successful with our small form-factor client SSD. [...] We have also began sampling our high-performance client SSDs at PC OEMs," added Mr. Mehrota.

SanDisk has not shown itself to be a major supplier of solid state drives, but the company is ready to have SSDs account for 10-percent of its revenue in fiscal year 2013. The company recently announced its Q4 2011 financial results, with a total fourth quarter revenue of $1.58 billion (19-percent increase from a year earlier), while total revenue for fiscal 2011 was $5.66 billion (17-percent increase from $4.83 billion in fiscal 2010.)

Rate this item
(0 votes)
Tagged under
More in this category: « Facebook under Denial of Service Attack, confirms AnonSec HP webOS to be fully open-source by September »
back to top