In the last year, if not even longer, Nvidia has talked more about Tegra than any of their other products. This is despite the fact that anyone who has seen at their balance sheets knows that they make money mostly on Geforce and Quadro products.

After the keynote, we managed to ask Jen Hsun Huang, Nvidia CEO, a single question. We asked, where is Kepler? The answer we got was that we have to be "patient" about it. 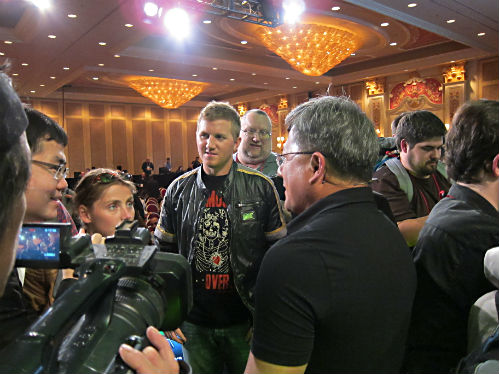 Furthermore, we discovered that there was an internal discussion to showcase Kepler at this keynote but Nvidia decided not to. As far as we know, it was a business decision to wait, and Kepler is production scheduled to launch at a later date. Current estimates are that it will launch in first half of 2012, possibly sometime late in Q1.

Last modified on 11 January 2012
Rate this item
(0 votes)
Tagged under
More in this category: « 40 nm is the right process for Tegra at the moment Nvidia CEO touts Android tablets as the new black »
back to top