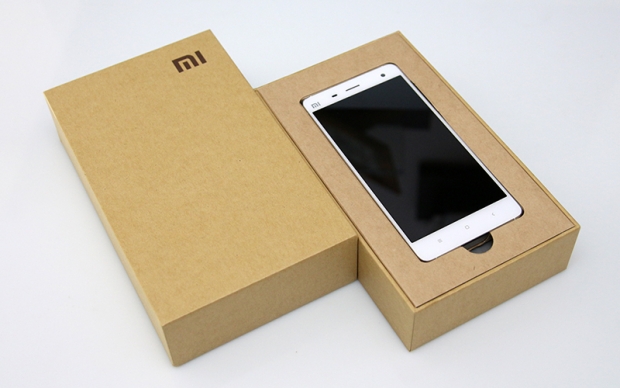 MIUI 7 was launched a couple of months ago, and like we pointed out in the spec section, the Mi4 runs Android 4.4.4 under it. While we would have liked to see Android 5.x, this isn’t a big deal thanks to MIUI 7. Basically, most people wouldn’t be able to tell the difference between a Mi4 running KitKat and a Mi4c running Lollipop. In addition, the Mi4 should get a few more software updates and move to Android 6.0 sometime next year.

MIUI 7 is the latest incarnation of Xiaomi’s Android implementation, and it’s one of the best non-stock Android experiences out there. MIUI 7 also looks a bit different than its predecessors, because Xiaomi has finally dropped the last skeuomorphic elements in its design. MIUI 7 looks flatter, more modern, and a tad more responsive than MIUI 6 and 5.

For all its eye candy and useful features, MIUI is not perfect. For example, you still can interact with lock screen notifications. You can even expand email notifications once you unlock the phone; you have to open them instead. 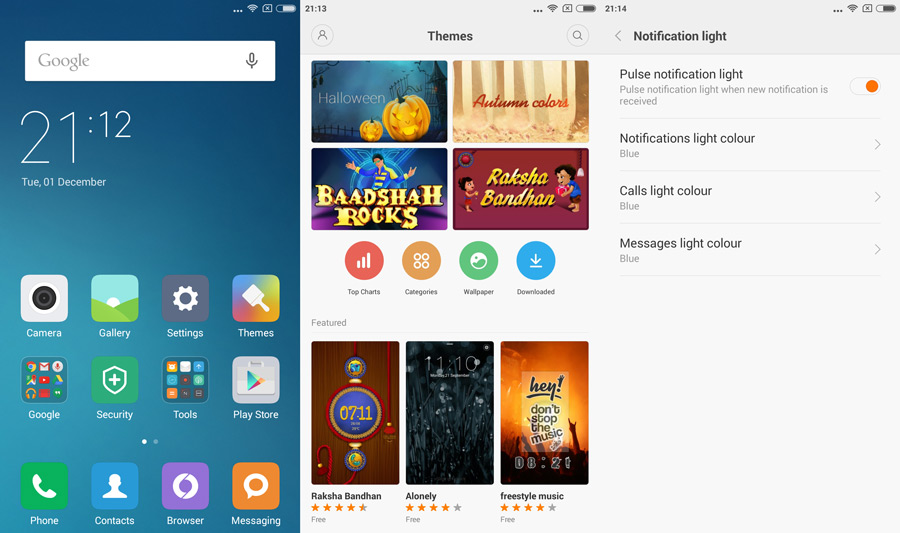 On the other hand, MIUI offers excellent customisation options, a lot of clever shortcuts and features (including great on-device search), and at the end of the day, it just looks good.

MIUI is more than a skin, because it includes a lot of custom apps, like the Xiaomi security suite, badass camera app, and a good music player. It’s nowhere near stock Android, so if you are new to it, MIUI may take some time getting used to. However, once you do get used to it, chances are you’ll love it. 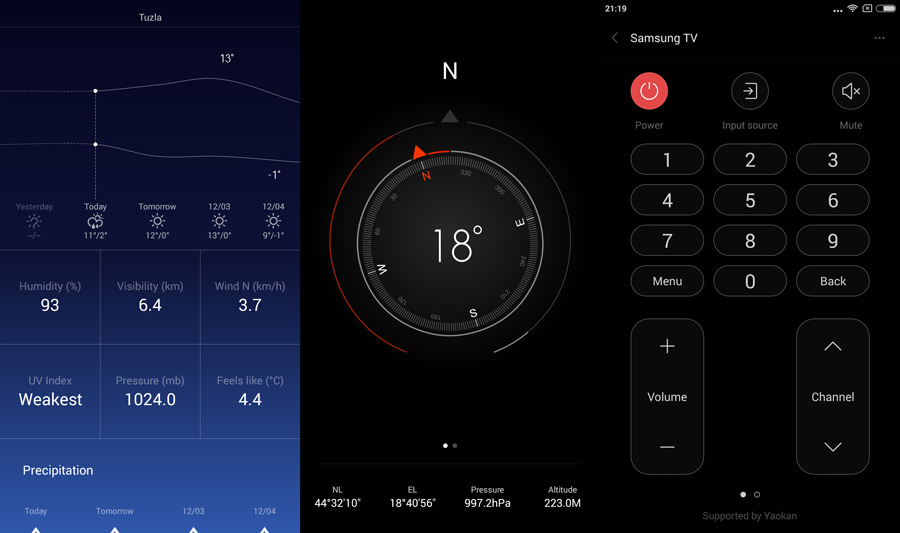 We already mentioned the great sensor suite which enables users to run all sorts of niche apps that might not work on a lot of devices.

So what’s the Mi4 like as a daily driver?

Well, apart from the fact that it has no 4G support, it’s just like a regular Mi4, which is good news. The phone is very responsive and the Snapdragon 801 has no trouble keeping up with anything you throw at it. Don’t forget you also have 3GB of RAM and fast eMMC 5.0 storage to play around with. 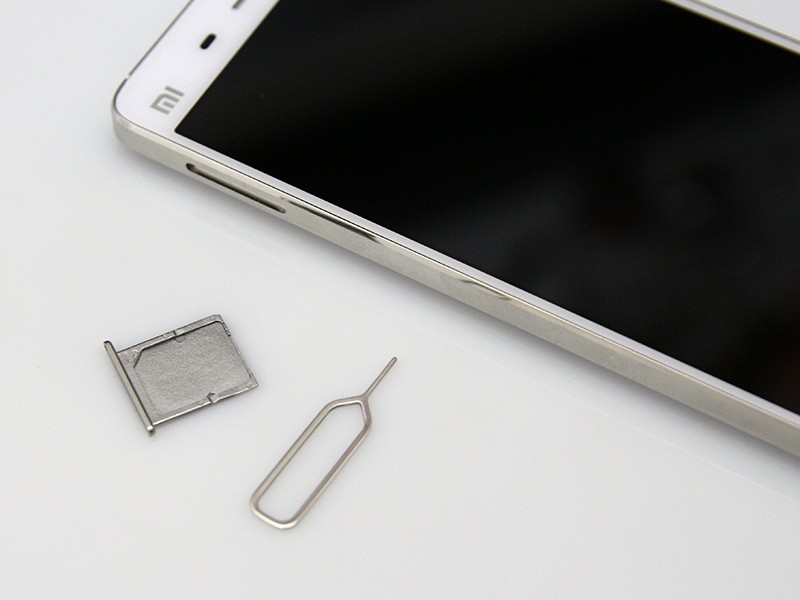 Performance will not be an issue, but cramped internal storage will. The Overseas Edition (or Mi4W) is currently only available with 16GB of non-expandable storage, which gives the user about 12.5GB of available storage. That’s really not a lot in this day and age. This is perhaps the phone’s biggest drawback, but it really depends on the user. A lot of people still get by with 16GB, but youths who like to install loads of apps and carry around a vast music collection will have to look elsewhere. 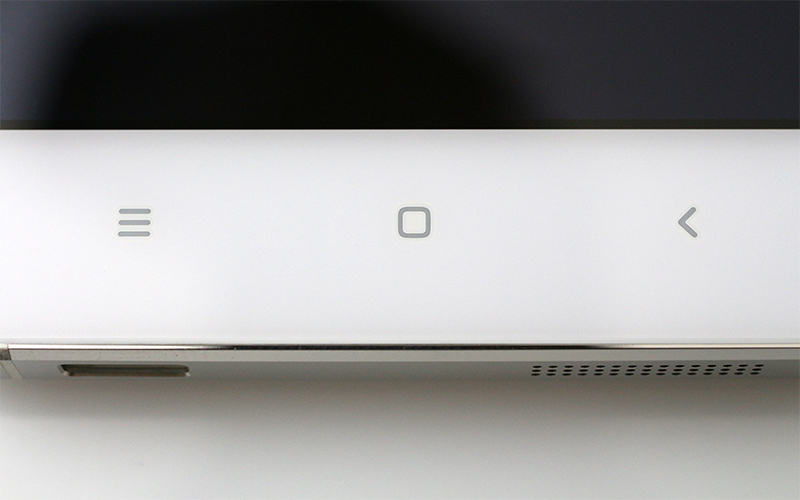 Ergonomics are great, and at under 140mm tall, the phone is relatively compact for its screen size. Granted, it’s not as thin as some flagships, but it’s not too bad. 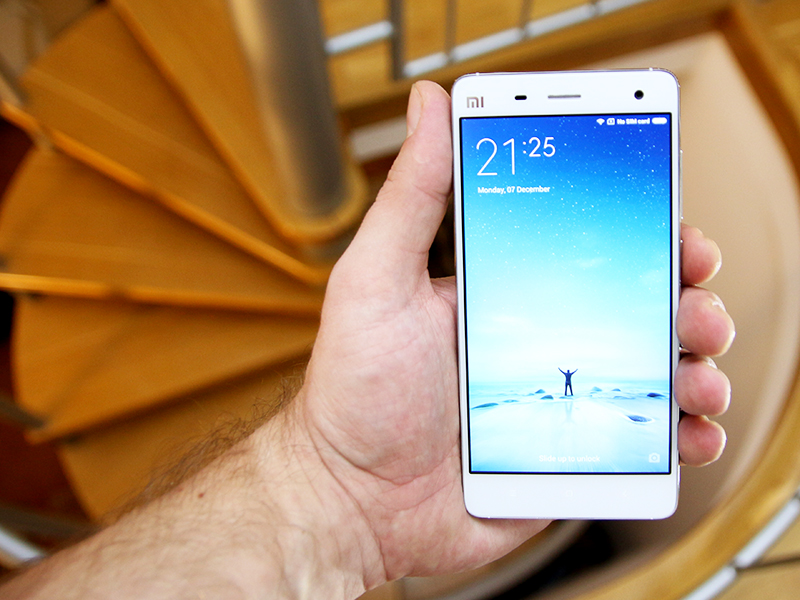 The brushed aluminium sides offer a fair amount of grip, but the glossy back can be an issue if you have sweaty hands. Good thing it’s removable, because you can customise your Mi4 with a range of rear covers (eg all sorts of wood covers are available).

Battery life is relatively good, as you’d expect from a 3080mAh unit. Of course, the powerful SoC and oversized Adreno 330 GPU can use up a lot of power, especially if you start gaming. This is a problem for all phones based on high-end processors, so we can’t hold it against the Mi4. In regular use, you are looking at anywhere between a day of heavy use to two days of moderate/light use.

We averaged a day and a half on 3G and WiFi, but there is a catch; this thing doesn’t have 4G support, so keep that in mind. Firing up the integrated 4G modem can use up a lot of juice, and if you check how big these things actually are, you will realise the GPUs on many smartphone SoCs are actually smaller than their on-die 4G modems. Lack of 4G support means you can’t bleed the battery as fast as you would on a 4G device, but you’ll have to live with lower data speeds. 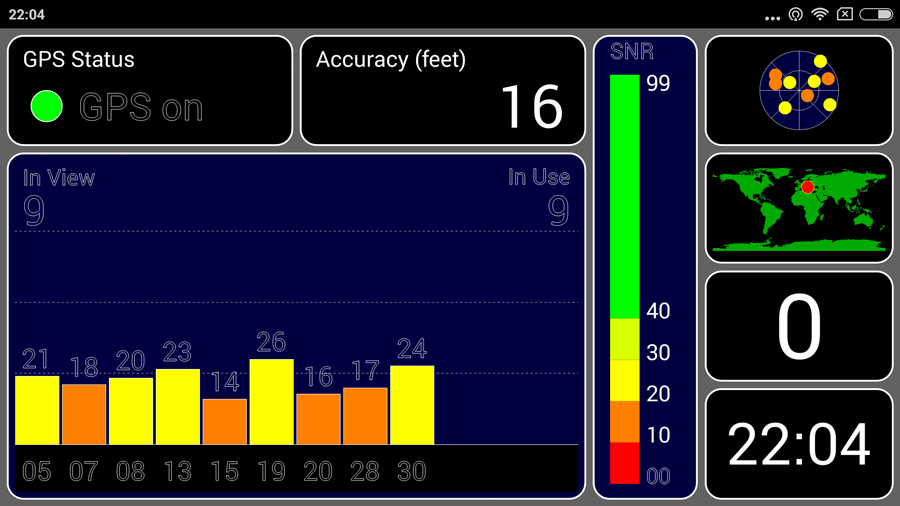 Lastly, we checked GPS functionality and we have no complaints regarding speed or accuracy.  Xiaomi’s decision to pack its flagships full of various sensors is also worth mentioning, especially if you’re an outdoors person and like to a barometer in your pocket.