Just like Nvidia, Gainward opted for a dual-slot cooling cooler but Gainward’s solution is different from the reference one. As you can see from the pictures below, Gainward chose to use a large circular heatsink and an 8cm fan.

The GTX 550 Ti GS’ plastic shroud is protected by nylon cover that should be removed prior to use.

The card is only 19.2cm long and looks quite cute. The 6-pin power connector is at the end of the card. The fan uses a 4-pin connector and you can regulate RPM via Gainward’s ExperTool. Of course, MSI’s Afterburner or other similar tools will also do the trick. 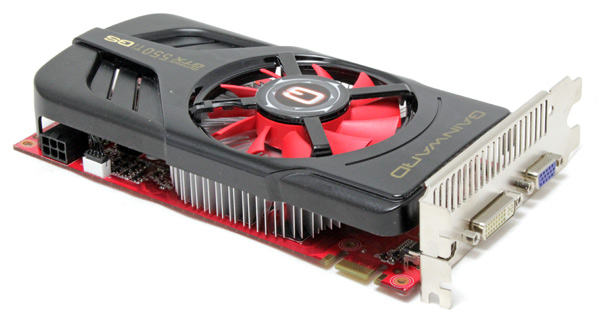 The memory is cooled by air passing through the heatsink, where the heatsink is so low that it almost touches the memory chips.

Gainward  decided to use only one dual-link DVI, unlike Nvidia’s reference version that comes with two. However, Gainward did a good thing by using a standard HDMI connector, whereas the reference card has only mini-HDMI. Furthermore, Gainward’s card comes with one VGA out. 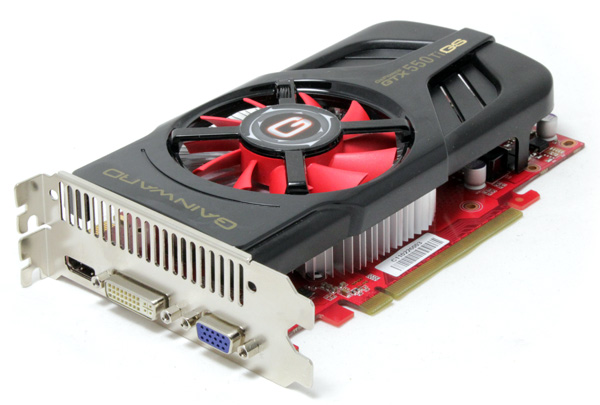