Recon's left side features forward and back buttons, and since it’s an ambidextrous design an identical button layout can be found the right side as well. The buttons are not too high and are easy to access. The side buttons use TTC switches and the same goes for all other buttons, except the right and left click button where Omron switches are used. CoolerMaster was keen on longevity and Omron micro switch technology promises a minimum of 5 million clicks and years of fun with Recon. Recon has nine programmable buttons in total.

The top of the mouse is rubberized and feels just about right under your palm. The Recon is medium size mouse measuring 64.4 x 116.4 x 42mm, thus it should be good for users with both palm grip and claw grip. 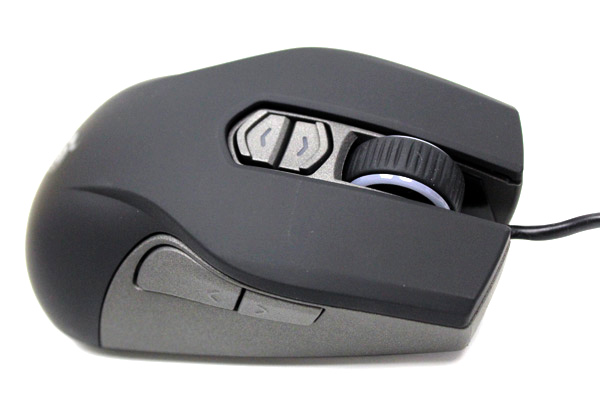 Unlike other CM Storm mice, the front of the Recon features two protrusions on both sides of the USB cable. Ambidextrous symmetry in action. 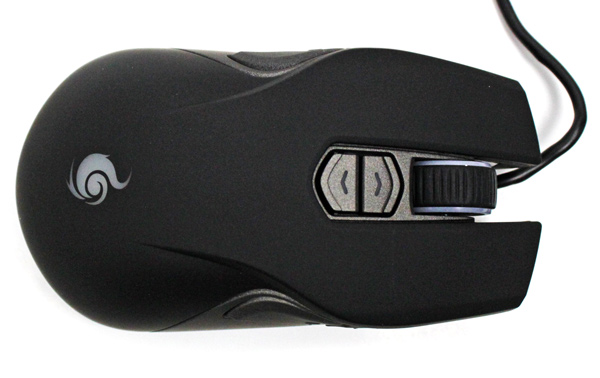 The Recon is a wired mouse and the cable length is ca. 1.8m. The cable is plasticized and rubber coated and it closely resembles the cable used on CM Storm’s Ceres 400 gaming headset. The cable ends with ferrite choke and golden plated USB connector. 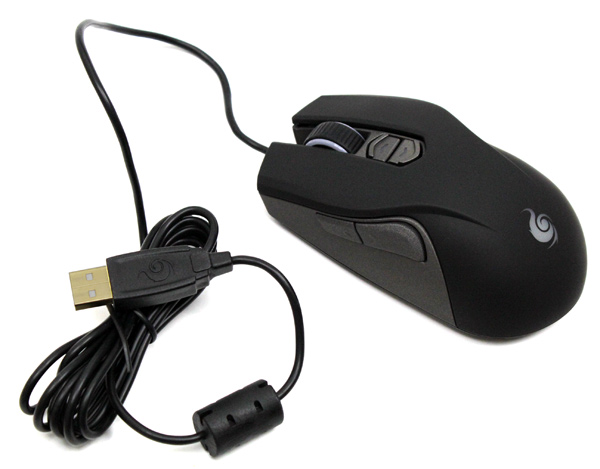 The mouse features a 4000 DPI sensor, making it top of the line when it comes to optical mice. The Avago 3090 optical sensor offers users the ability to change precision on-the-fly in four 800DPI increments. LED indicators display the current DPI setting. 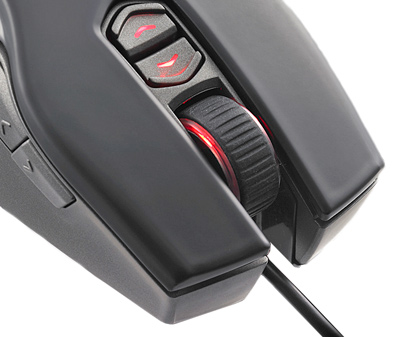 If you’re wondering how to tell optical and laser sensors apart, you can either consult the manual or peek into the hole. You’ll see that laser mice have a narrower aperture and don’t have that healthy LED glow when connected to your computer. Laser mice use beams in a spectrum invisible to the human eye. 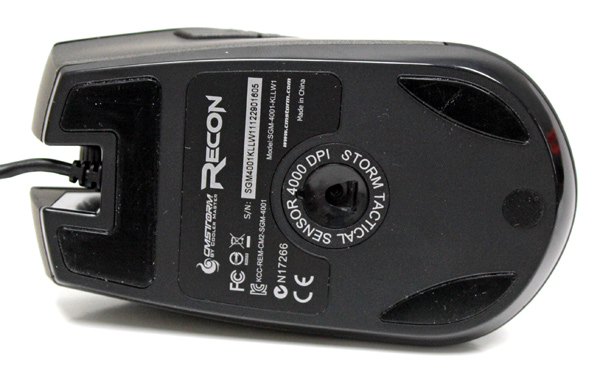 Next up is the anti-drift control sensor. A quality optical engine should include an anti-drift system that would provide lossless performance during lifts and drops. In other words, it’s the distance that dictates how far the mouse goes before the sensor stops tracking movement. If the distance is high, cursors tend to move while you’re lifting the mouse. Needless to say, nobody likes that. Recon’s optical sensor has lift-off-distance of 1mm to 5mm and the lift-off-distance can be adjusted throught the software. 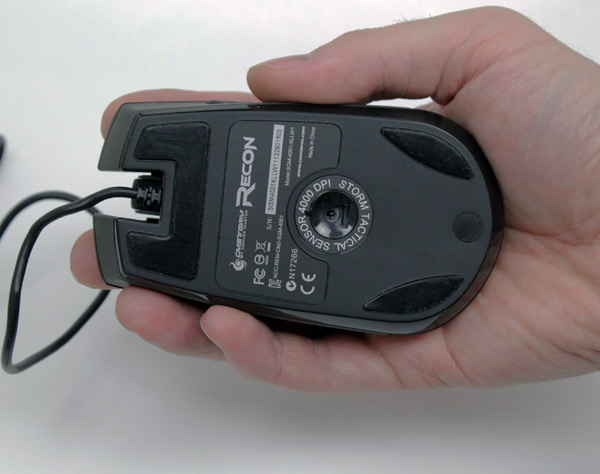 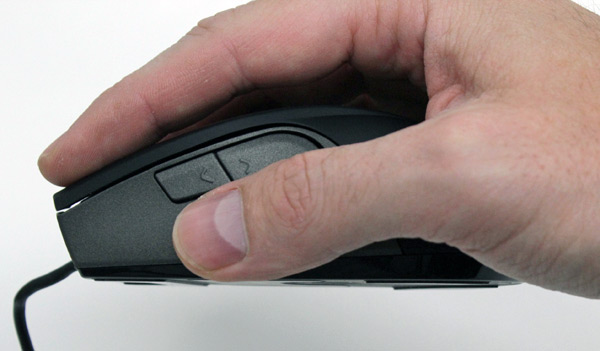