The GTX 650 Ti SSC is the shortest Kepler based card so far. It couldn’t have been made shorter because of the PCI Express connector length. 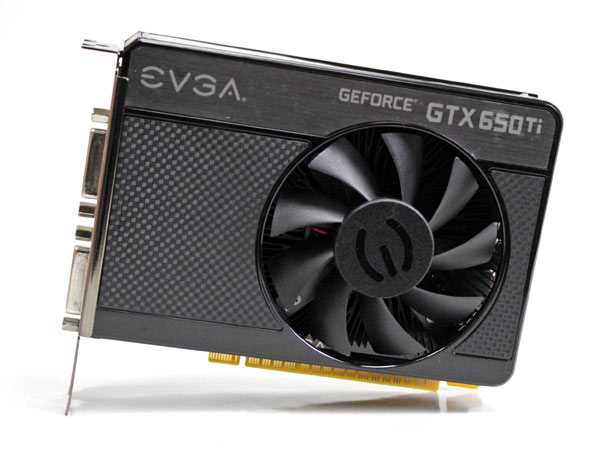 The PCB is only 14.5cm long, which is about the length of the cooler shroud. 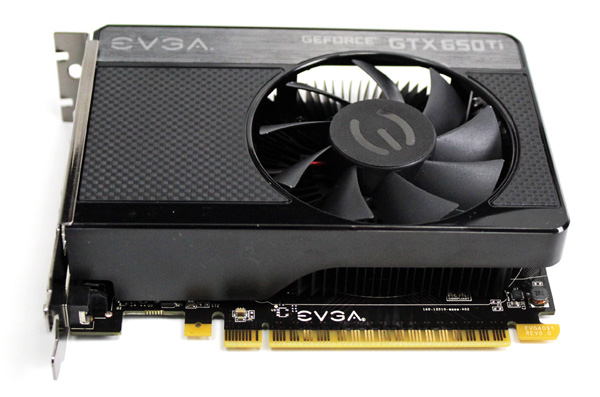 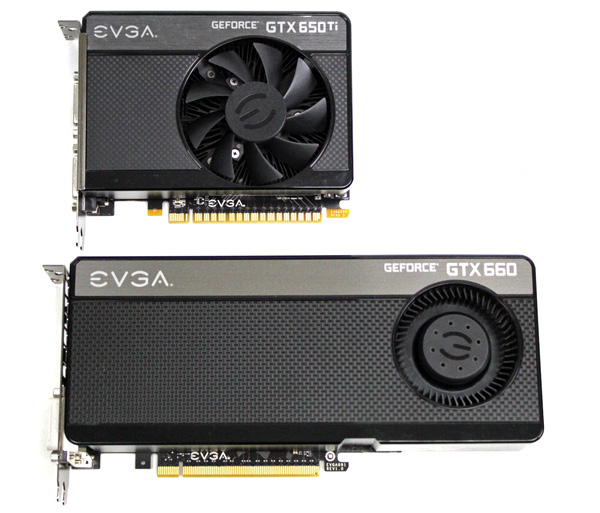 The card has dual slot cooling that relies on a single down-draft 80mm fan. The shroud isn’t completely closed up but at least has no exhausts between the fan and I/O panel, so at least some hot air will exit the case. 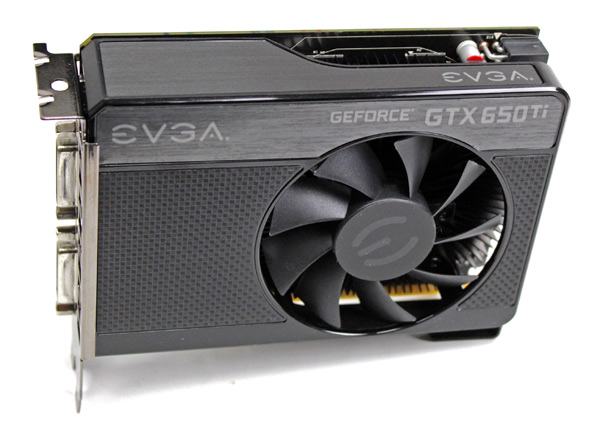 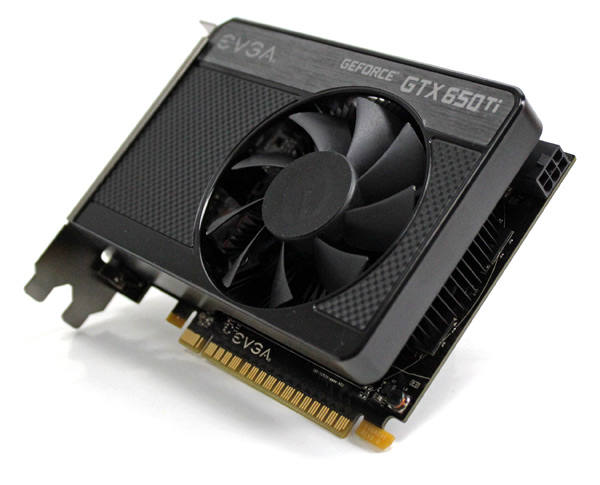 The fan is part of the shroud. Taking off the shroud reveals a circular heatsink. 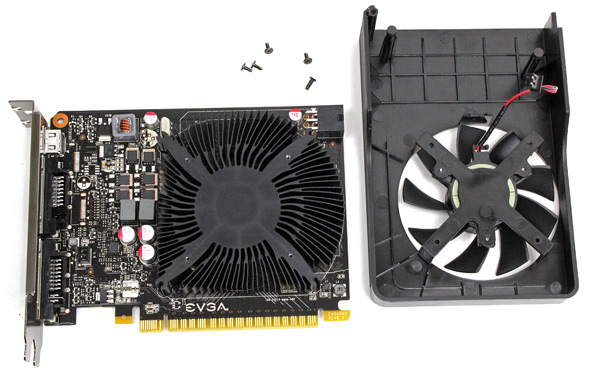 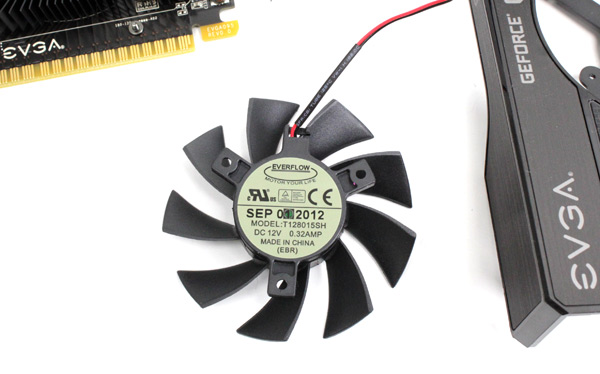 The heatsink is one slot wide, but the fan takes up another.

GTX 650 Ti supports triple displays straight out of the box. This is why the I/O panel has two dual link DVIs and a mini-HDMI out. EVGA threw in a DVI-to-VGA dongle as well. 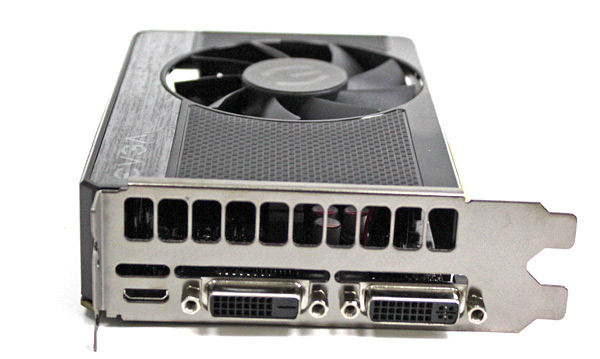 GTX 650 Ti / GTX 650 don’t have SLI connectors and SLI is not possible via PCI Express connector. 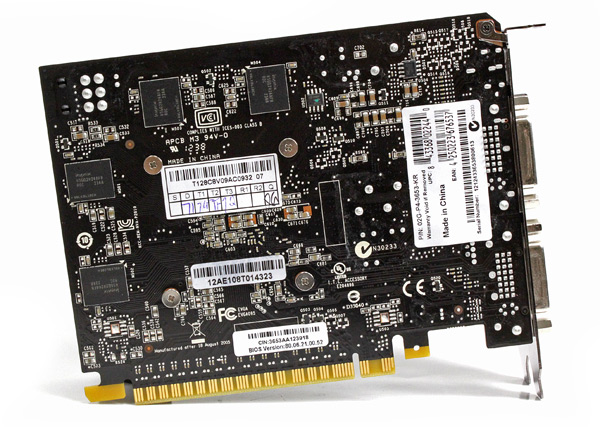 EVGA changed the texture work on the shroud and since it’s now smooth and without holes, it will not gather dust as much. While the likes of EVGA’s GTX 680 Signature 2 are visually more appealing, they’re quick to collect dust and harder to clean. 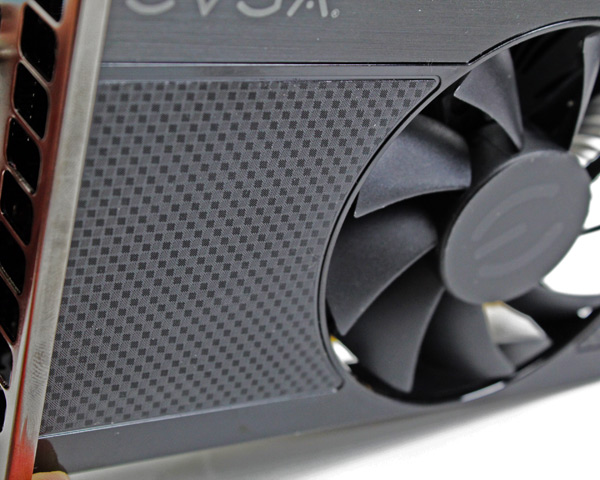 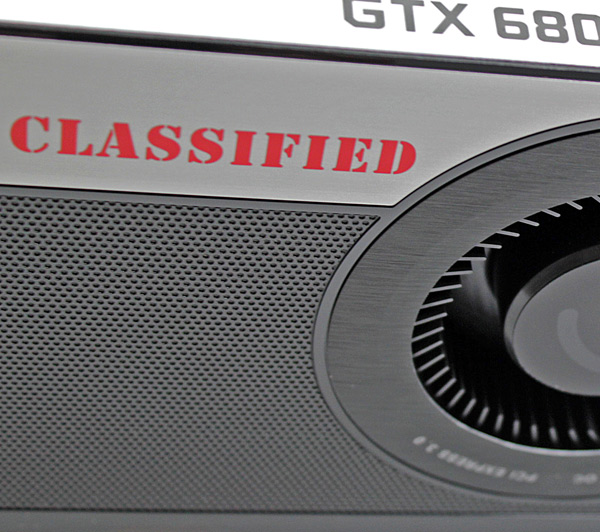