The card is named TGT-560-A1-1-UC and, as you can see, is quite a charmer. PoV/TGT used a black PCB and a black dual-slot cooler. 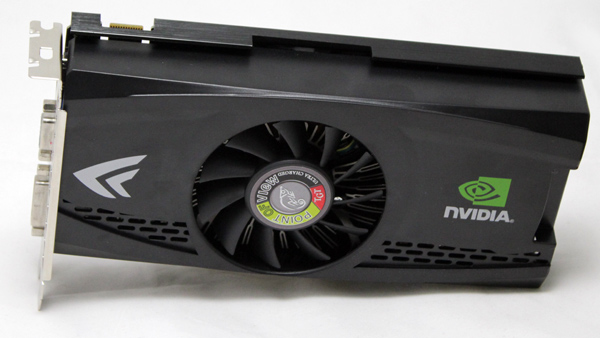 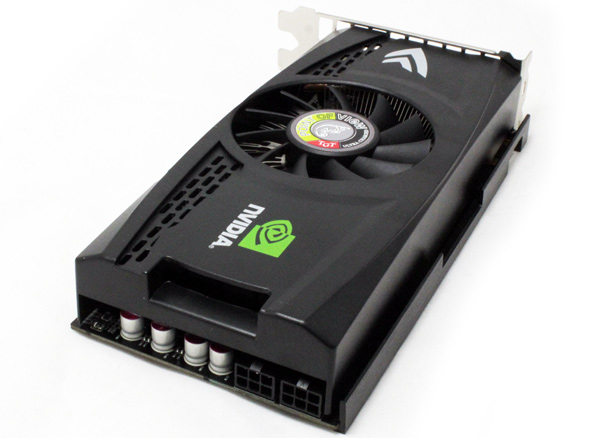 Although the connectors are on the far end of the card, the card itself is short and mounting it in smaller cases will not be a problem. 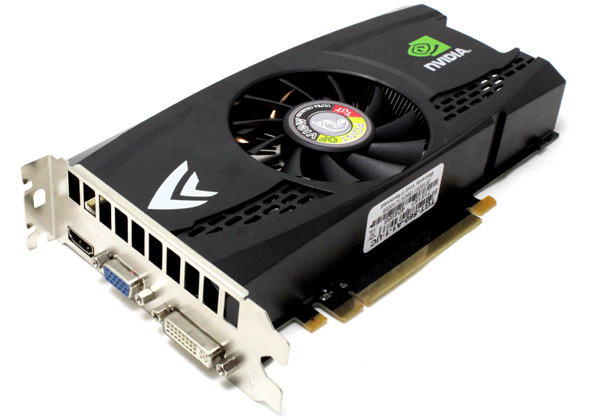 PoV / TGT GTX 560 Ultra Charged has one dual-link DVI, one standard HDMI and VGA connector. The card's cooler is pretty quiet considering the card is overclocked from 810MHz to 900MHz. We're talking about a classic cooler with a circular heatsink and two heatpipes. The memory is cooled by air from the fan only. 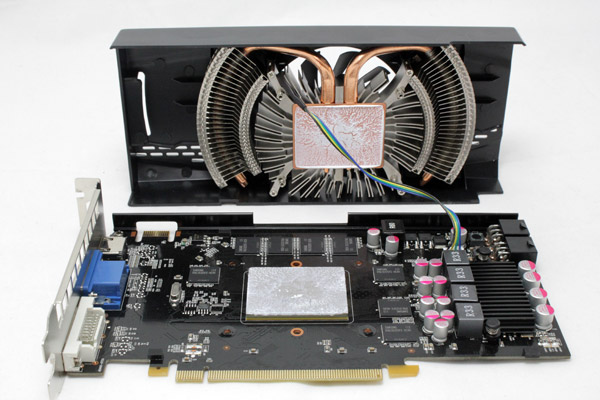 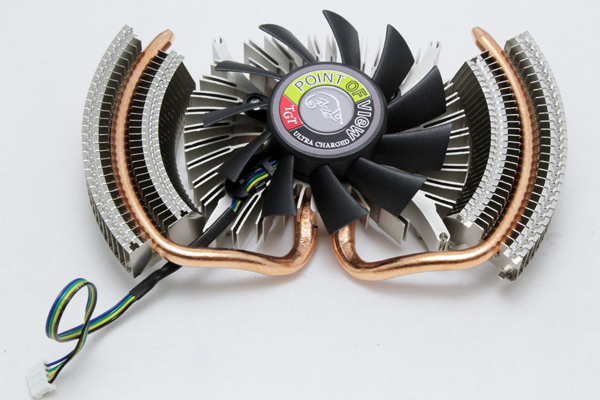 PCB looks pretty neat and tidy. The memory is placed on the GPU side of the PCB. The memory chips come from Samsung (model number K4G10325FE-HC04) and are specified to run at 1250MHz (5000 MHz GDDR5 effectively). 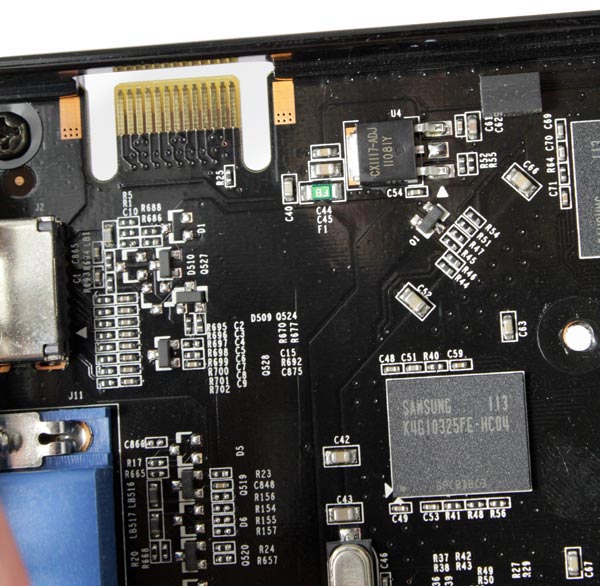 Top of the PCB has an aluminum bar that's used for improved heat dissipation.