Intel does not only cripple chipsets, they also cripple CPUs. The G6950 has been stripped of 1MB of L3 cache, the Uncore clock is reduced to 2.4GHz, compared to the 3.2GHz the i5-6xx/750 offers and the new integrated graphics are clocked at just 533MHz. The i3-530 has an Uncore clock speed of 2.933GHz, the internal graphics runs at 733MHz and the full 4MB 3rd level cache. While the i5-6xx series offers the AES-NI extensions the smaller models have been left out. This is of no concern for the normal user, except if you are sure you need to encrypt your hard drives. Like AMD, Intel also restricts the memory speed for the Pentium models to 1066MHz. Also for virtualisation the small CPUs are not the best choice, because they do not support VT-d. The G6950 does not feature any SSE4 support either. While both CPUs have two real cores, the i3-530 does support Hyperthreading, which gives you four logical CPUs for your OS and can speed up some applications. This does work well on two cores CPUs, but backfires most of the time on real four core CPUs. Also both CPUs don't feature Turbo Mode, which is not as bad as it sounds. They are rated with a 73W TDP. 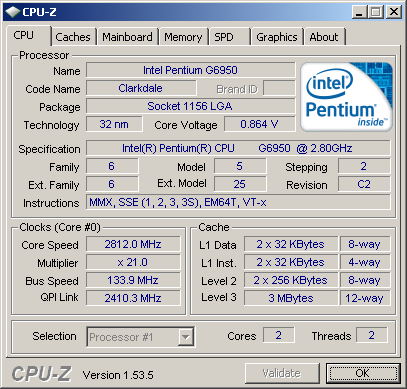 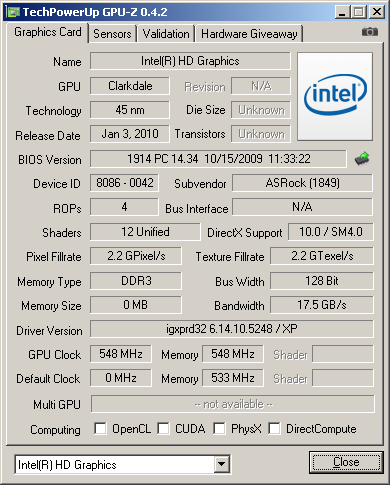 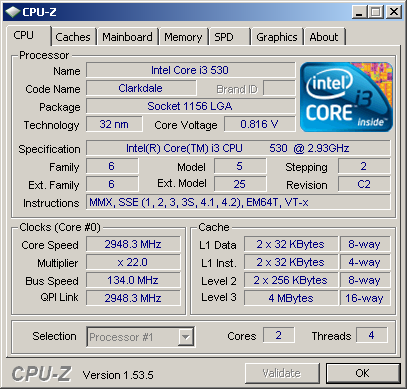